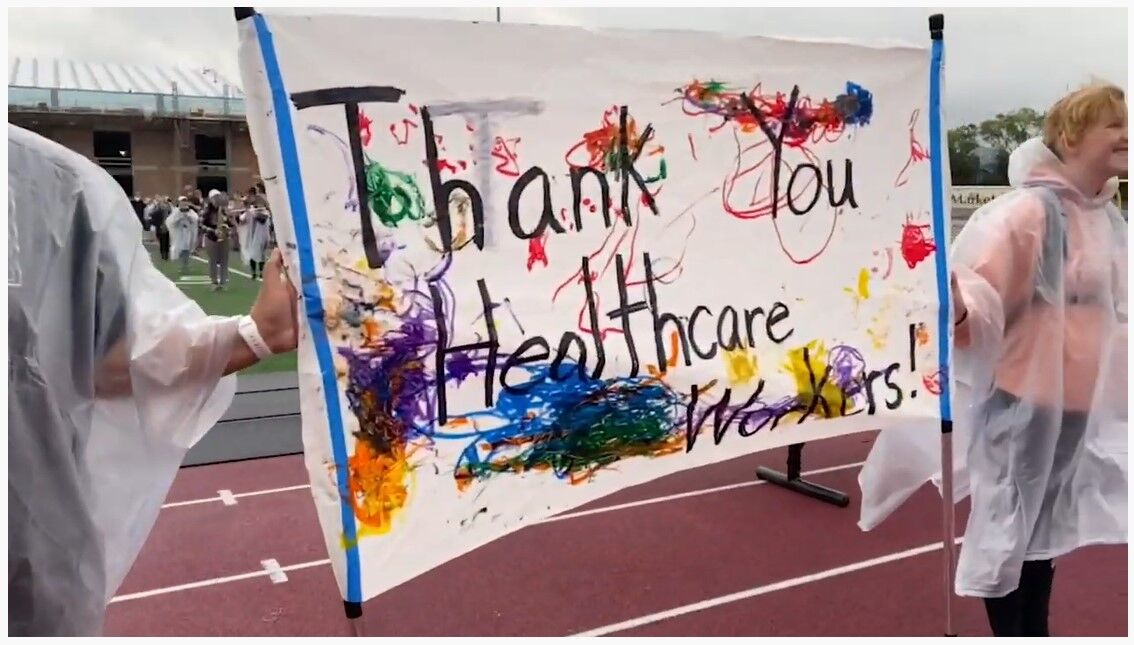 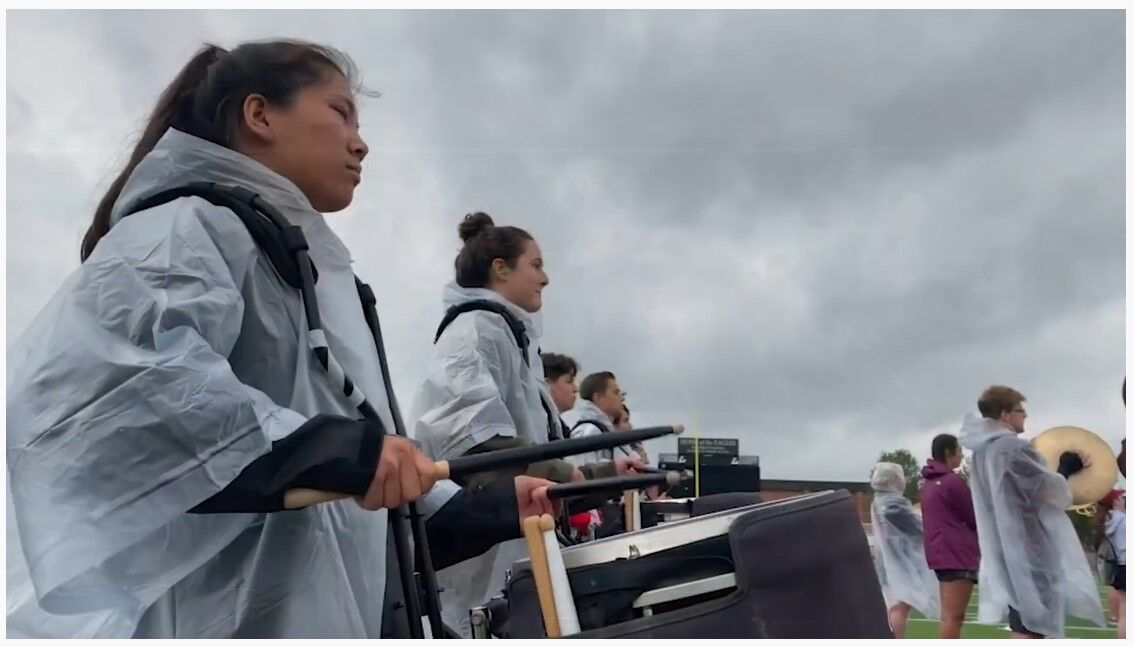 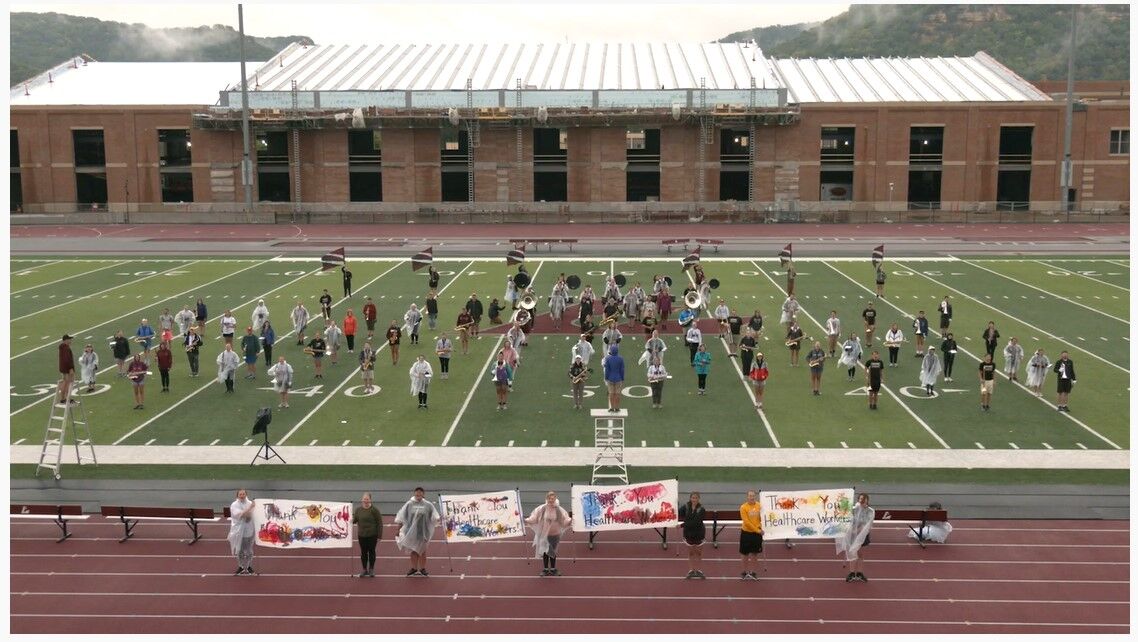 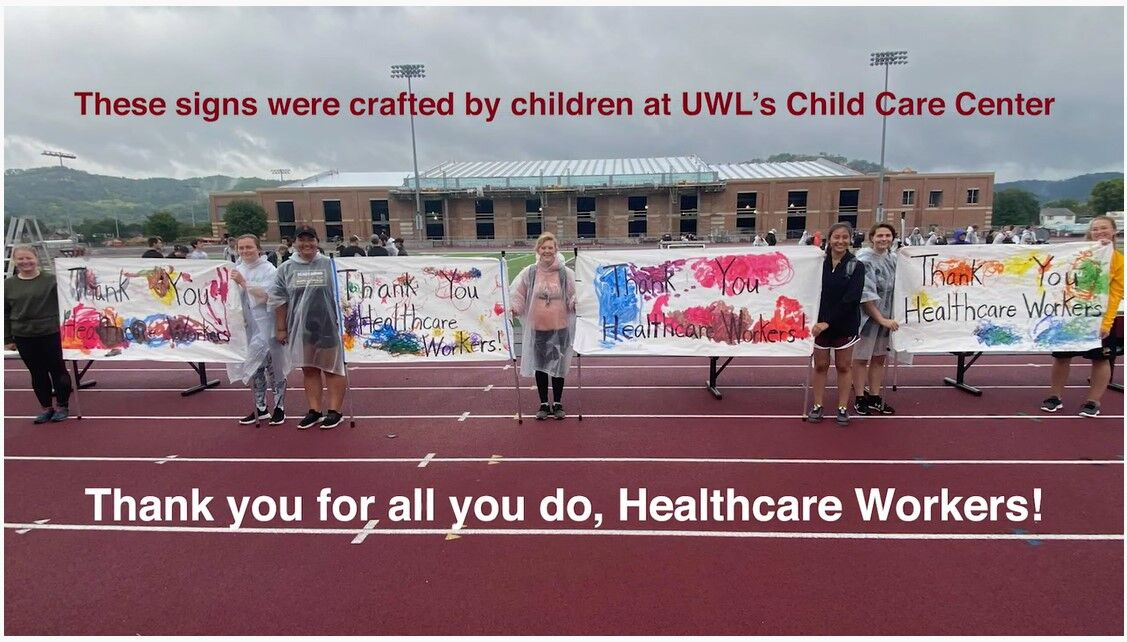 LA CROSSE, Wis. (WXOW) - While the rain last week put a damper on a couple of scheduled live performances, the UW-La Crosse Screaming Eagles Marching Band still found a way to show their thanks to area healthcare workers.

The band was supposed to perform at both Gundersen Health System and Mayo Clinic Health System on Friday. Rain showers canceled both of those events. Members of the band wanted to perform for the healthcare workers as a way to express their thanks for all that's been done during the pandemic.

Instead, the band was able to go to Veterans Memorial Stadium and create a video for YouTube.

You can watch the performance here.

They also enlisted the children at UW-L's Child Care Center to create some large Thank You signs which are featured in the video.

“We know this isn't the live performance we were hoping to deliver last week,” says Band Director Tammy Fisher. “But the UWL Screaming Eagles Marching Band wanted to show their gratitude during this historic time.”

The university said both medical facilities plan to share the video with employees this week.