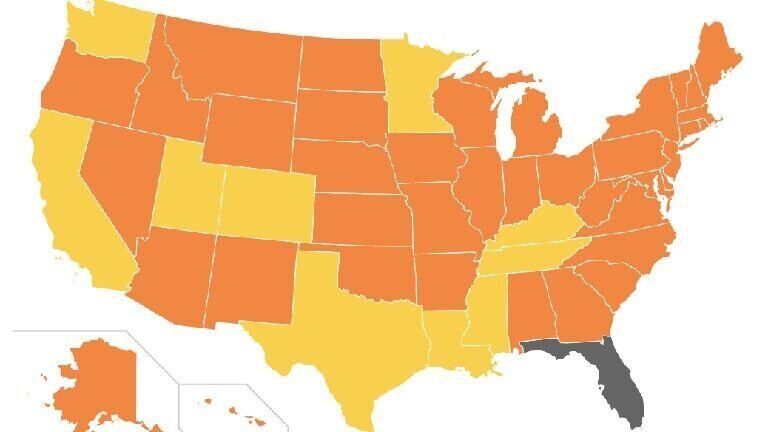 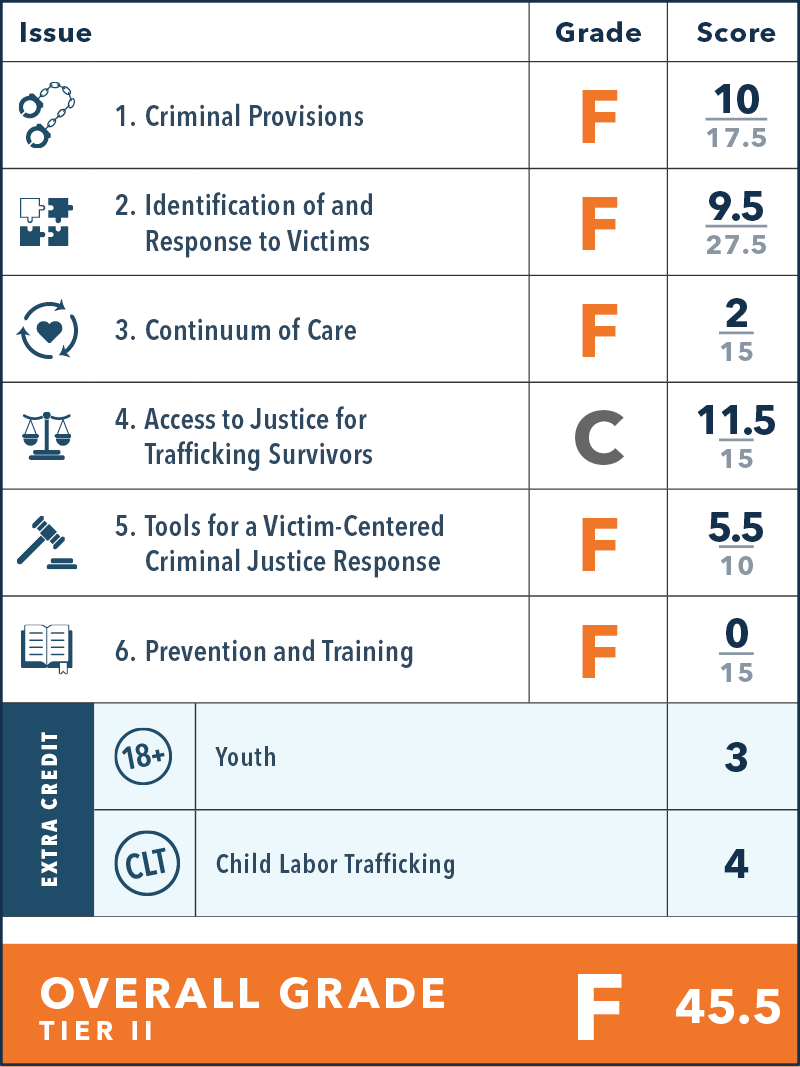 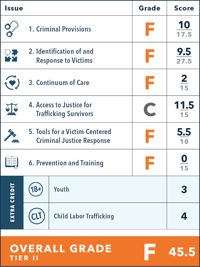 MADISON (WKOW) — A new report shows majority of the country is failing when it comes to child sex trafficking.

Of all six categories, Wisconsin received a "C" in one category and an "F" in five categories. Overall, Wisconsin is one of 40 states to receive an "F" grade. Nine other states received a "D" with one state, Florida, receiving a "C."

Here's a look at how Wisconsin graded out in each of the categories.

This looks at policy goals accomplished in areas related to buyer and trafficker accountability under state CSEC laws, decoy defenses, business entity liability under the trafficking law and financial penalties.

Identification of and Response to Victims

According to the report, Wisconsin received 9.5 out a possible 27.5, marking another "F" grade.

A third grade, Wisconsin received an "F" in this category as well, scoring 2 out of 15.

This is the only category Wisconsin didn't get an "F." Instead, Wisconsin scored 11.5 out of a possible 15.

Tools for a victim-centered criminal justice response in Wisconsin

Prevention and training in Wisconsin

Wisconsin is struggling in all areas, including training for child welfare, juvenile justice agencies, law enforcement, prosecutors and school personnel as well as prevention education in schools, according to the report.

This is the category Wisconsin did the worst in, getting zero points out of 15, for an "F" grade.

According to the report, Wisconsin received "extra credit" for supporting youth (18+) and for laws regarding child labor trafficking in Illinois.