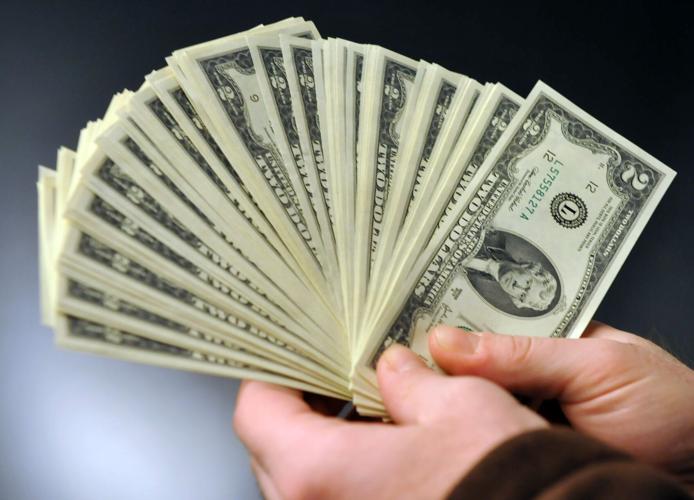 $2 bills are lighter to carry around in our wallets than ones, cleaner and more efficient. 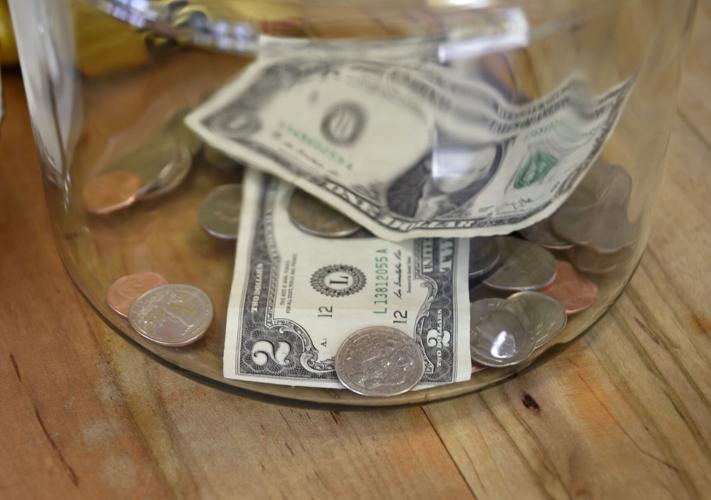 $2 bills are lighter to carry around in our wallets than ones, cleaner and more efficient.

Inflation has made it hard to buy much with a buck these days.

So wouldn't it make more sense to start paying with $2 bills instead?

"If you had a $2 bill, perfect," said Heather McCabe, a writer and $2 bill evangelist who runs the blog Two Buckaroo chronicling her spending with twos and other people's reactions. "It's a very useful thing to pay for a small amount."

Yet the $2 note is the unloved child of paper currency.

It's considered a curiosity to some and scorned by others in the United States. The myths around the $2 bill — nicknamed "Tom" by fans because it features Thomas Jefferson's portrait on the front — are endless. Many Americans think $2 bills are rare, are not printed anymore or have gone out of circulation.

But $2 bills account for just 0.001% of the value of the $2 trillion worth of currency in circulation.

BEP doesn't have to request new $2 bills each year, like it does for other bills. That's because $2 bills are used so infrequently and last longer in circulation. The Fed orders them every few years and works down the inventory.

"Many Americans have pretty dubious assumptions about the $2 bill. Nothing happened to the $2 bill. It's still being made. It's being circulated," McCabe said. "Americans misunderstand their own currency to the extent they don't use it."

The United States first issued $2 bills beginning in 1862, around the time the federal government first started printing paper money. Alexander Hamilton's portrait was on the two until a new series was printed in 1869 with Jefferson.

But the deuce was unpopular and never gained a foothold with the public.

A major reason: The the $2 bill was considered bad luck. Superstitious people would rip off the corners of the bill to "reverse the curse," making the bills unfit to use.

"He who sits in a game of chance with a two-dollar bill in his pocket is thought to be saddled with a jinx," the New York Times said in a 1925 article. "They have been avoided as ill-starred."

The two was also known for keeping controversial company. It was associated with gambling, where it was the standard bet at racetracks, and prostitution.

And during the nineteenth century, crony candidates frequently used $2 bills to bribe voters. Someone holding a $2 bill was thought to have sold a vote to a crooked politician.

The Treasury Department during the 1900s tried unsuccessfully several times to popularize the use of the $2 bill. In 1966, it gave up and discontinued printing the bills "because a lack of public demand."

But a decade later, as the United States approached the bicentennial, the Treasury designed a new $2 bill series with a portrait of the signing of the Declaration of Independence on the back.

The aim was to cut the number of $1 bills in circulation and save the Treasury money on production costs.

But the relaunch in 1976 failed. People viewed the new version as a collector's item and hoarded them instead of going out and spending them.

The Postal Service offered to stamp them only on April 13, the first day they were issued in honor of Jefferson's birthday, unintentionally adding to the idea that they were commemorative bills -— a misconception that continues to this day.

"The press and public now tend to link the $2 bill with the Susan B. Anthony dollar under the general heading of 'fiascos,'" the New York Times said in 1981.

There's no rational reason why $2 bills aren't as popular as other bills, said Paolo Pasquariello, a professor of finance at the University of Michigan. But people exhibit a preference for multiples of 1 and 5, he said.

Another reason $2 bills never took off: Cash registers, invented in the late 1800s, were never designed with a place to hold them, so cashiers didn't know where to stash them.

"There wasn't an alteration of cash registers for $2 bills," said Heather McCabe. "The infrastructure of paying for things didn't change. There was not an adjustment of how people work with that bill."

If cash registers had a familiar slot for $2 bills, the bill would be more popular, she argued.

But there are people who swear by $2 bills. In fact, communities and subcultures have developed around them.

US Air Force pilots who fly U-2 spy planes always keep a $2 bill in their flight suits.

Since the 1970s, fans of Clemson University's Tigers football team have paid and tipped with $2 bills -— "Tiger Twos" — in other cities' restaurants, bars, shops and hotels. The tradition started as a way to prove to Georgia Tech in Atlanta that it would benefit the city to schedule games against Clemson.

"There is a degree of popularity to them. There is a sense of excitement," said Jesse Kraft, a curator at the American Numismatic Society. "But as far as putting them back into circulation, that's the key that's missing."

Kraft is a proponent of adopting $2 bills more widely.

He notes that it's about half as expensive for the Treasury to print a $2 bill than higher denominations, which come with costlier security features on the paper. It's also more efficient to print $2 bills than $1 bills because the Treasury can print twice as much for the same amount of money and requires less storage.

John Bennardo, who made a 2015 film about $2 bills called "The Two Dollar Bill Documentary," has made it his mission to "educate people and enlighten them and start using $2 bills in their life."

In short, he concludes, $2 bills are underappreciated in the United States and a way for strangers to meet and engage.

"You will get remembered if you use a $2 bill," Bennardo said. "It has this ability to connect people in way that other bills don't. It opens up a dialogue between you and the cashier."

"It's a practical bill with inflation. But it's social currency as well."