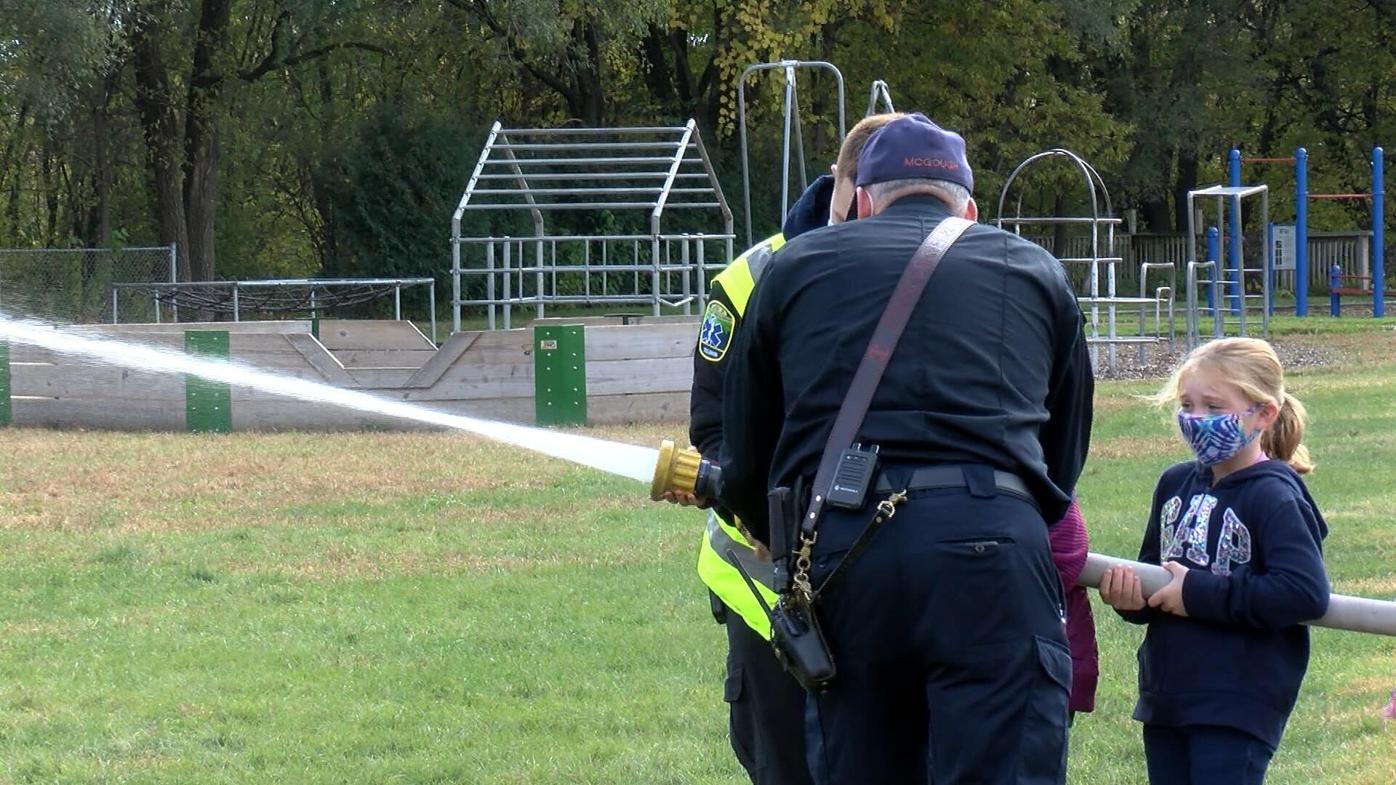 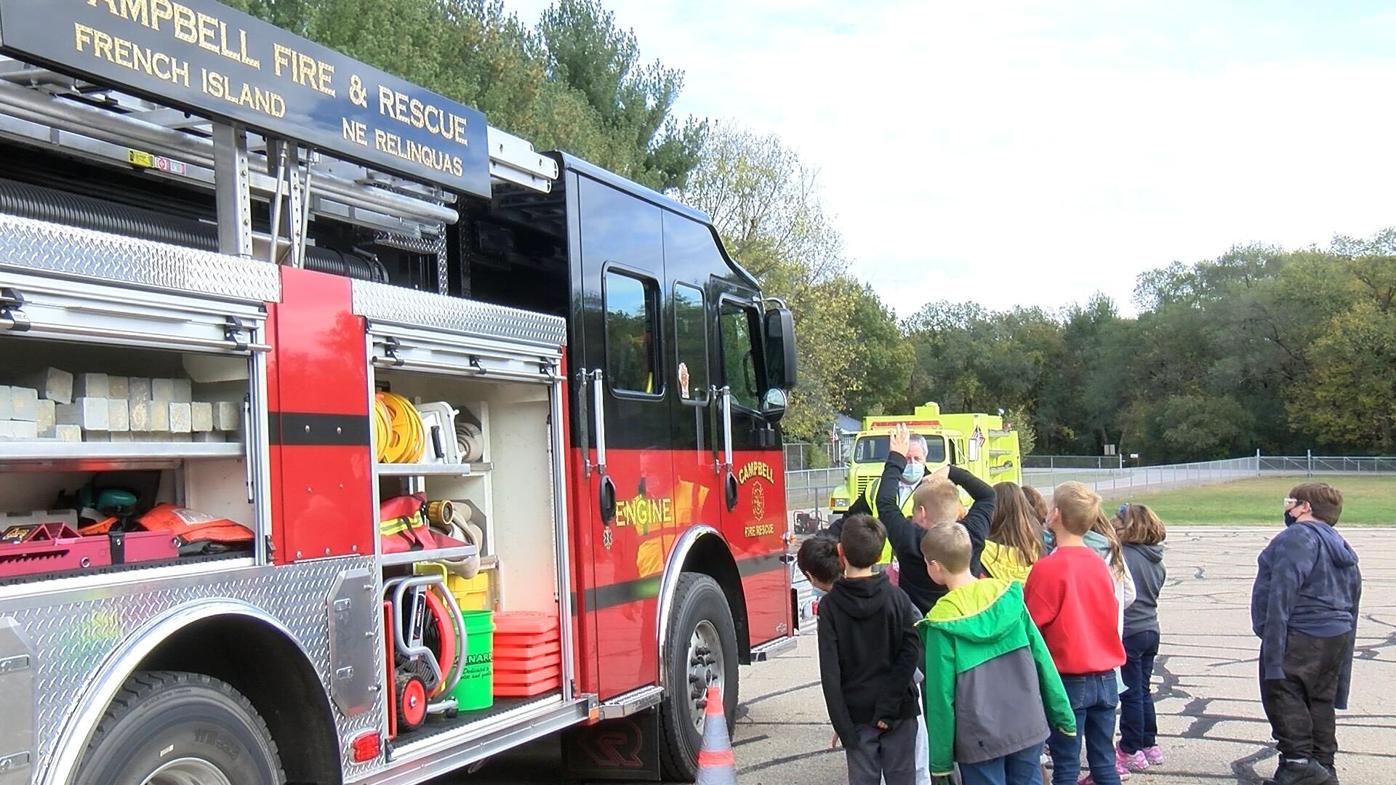 "It's our fifteenth time working with the kids at the school," Public Fire Education Coordinator Jeff Nylander said. "We have three stations out here where the kids can interact with firefighters and learn about safety."

The first station taught the students how to prevent a fire in school and at home. The speaker showed examples of overloaded electrical outlets that have started fires.

The students were informed that if a fire were to happen, the first thing they need to do is get out of the building and go somewhere safe away from the fire.

"They need to be informed, they need to ask questions," Nylander said.

He stated that if the kids were exposed to what equipment firefighters used and saw someone in a full uniform, the less scared of the firefighters the kids would be.

The fire department urges families to have a practice fire drill at home and identify safe exit routes in case of an emergency. Nylander said that the National Fire Protection Agency has additional information for fire safety.

The elementary students were given a tour of a firetruck and were allowed to hold fire hose.

'Curderburger' comes to Culver's in October

American soldier pays it forward as a translator for fellow Afghans