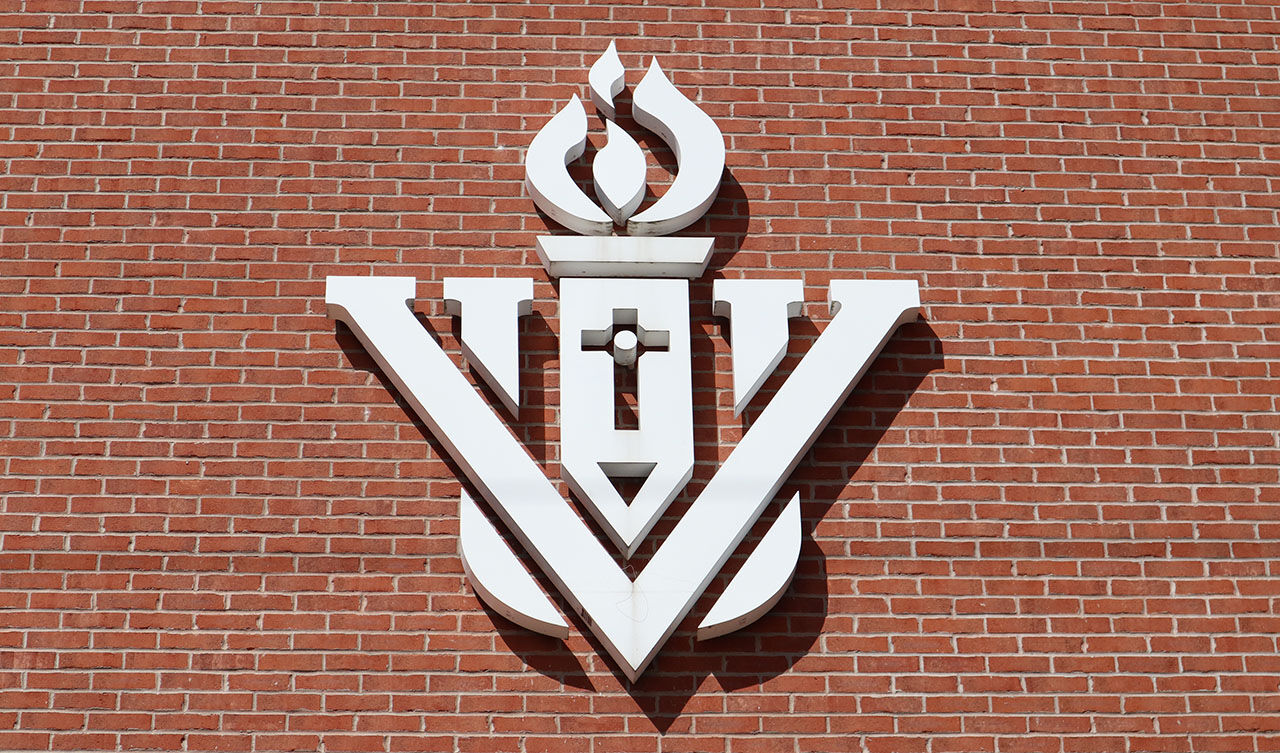 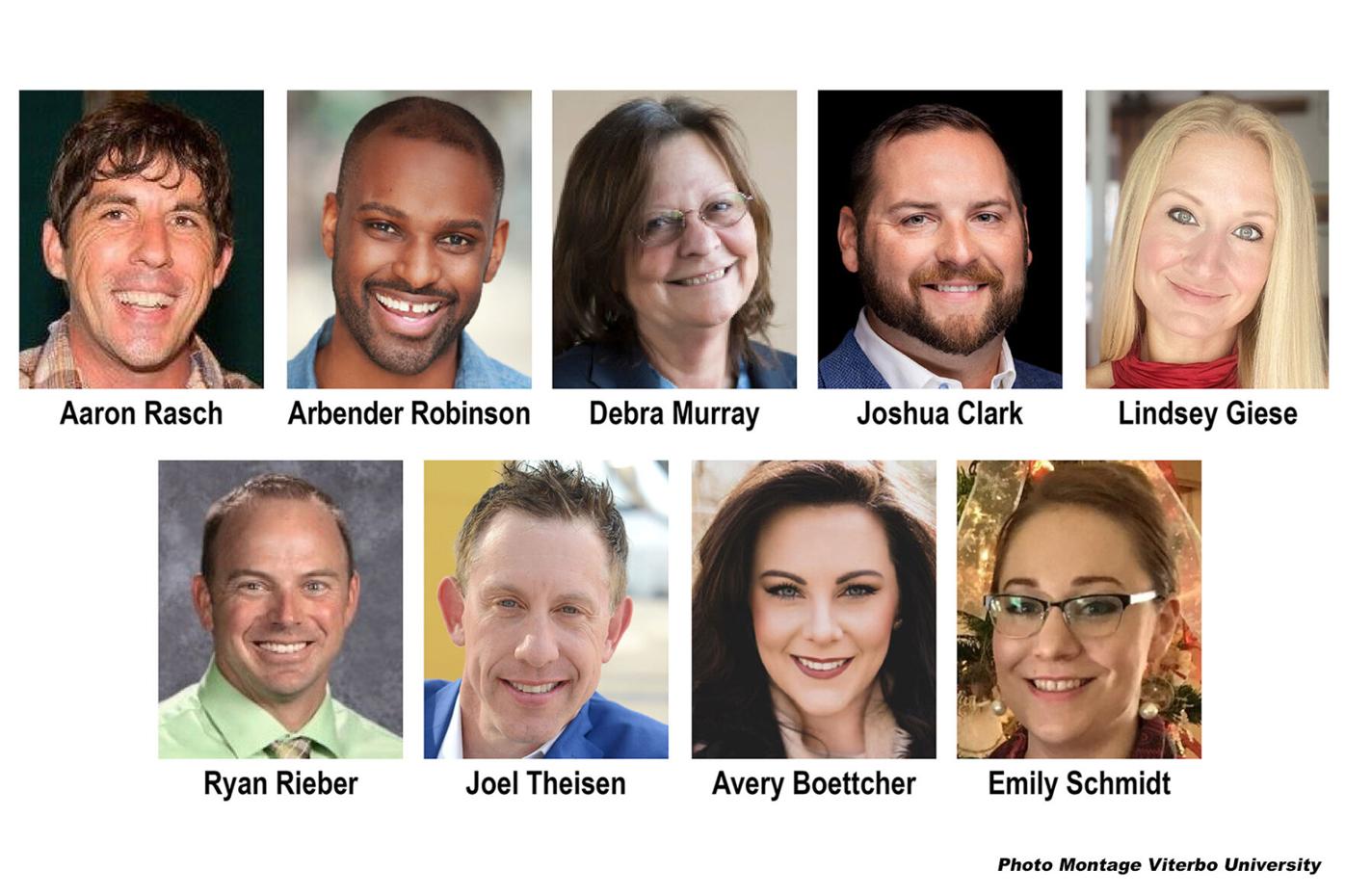 The nine represent a wide range of professions including business, education, healthcare, and entertainment.

The ceremony is scheduled for Friday, October 8, at 5:30 p.m. at the Viterbo Fine Arts Center's Nola Starling Recital Hall.

Here's a brief look at this year's winners.

Aaron Rasch will be honored with the Spirit of Francis Award. A 2015 graduate of Viterbo’s Master of Arts in Servant Leadership program, Rasch has focused on improving life for the less fortunate, focusing on helping people with mental illness, chemical dependency, and homelessness struggles. He is Place of Grace house coordinator, as well as chairing the La Crosse Mental Health Coalition. He helped create La Crosse Lighthouse, a safe house for those struggling with addiction and mental health issues, and has been part of the La Crosse Coalition to End Homelessness.

Arbender Robinson will be honored with the Service to the University Award. A veteran Broadway performer who has been part of Tony Award-winning shows including “Hairspray,” “Hair,” “Disney's The Lion King,” and “The Book of Mormon,” Robinson has shared his time freely and frequently at Viterbo since earning his bachelor’s degree in theatre arts in 1998. A Viterbo Board of Trustees member, Robinson has been an avid recruiter for the university, serving as a visiting professor and conducting master classes. He also has helped students by taking part in Speed Mock interviews and offering expert guidance at every opportunity.

Viterbo’s alumni award tradition, which goes back to 1967, got a new twist in 2021, with each of the university’s five colleges honoring alumni with the Professional Development Award. In addition, two alumni were chosen to receive the Rising Professional Award.

Those honored this year with a Professional Development Award from the five colleges include the following:

Joshua Clark ’08, College of Business, Leadership, and Ethics: Since earning his Bachelor of Business Administration degree in marketing, Clark has distinguished himself as a national sales manager of a large manufacturing company. He and his wife, Jennifer, also have ownership stakes in 12 Culver’s restaurants in four states, a number that will grow to 15 by year’s end. A company he started 10 years ago, Clark Business Solutions, offers services to fellow Culver’s franchise owners, including human resources, accounting, and consulting.

Debra Murray ’90, College of Engineering, Letters, and Sciences: A full-time Viterbo faculty member since 1995, Murray earned her bachelor’s degree in psychology (with a minor in sociology) as a single mother who had gone through treatment for cancer and chemical dependency. She has gone on to blaze trails in counseling and counselor training, playing a lead role in establishing Viterbo as a premier institution for counselor education. She now serves as director of Viterbo’s graduate counselor education programs, which include Wisconsin’s first educational doctorate in counselor education and supervision.

Joel Theisen ’90, College of Nursing and Health: Since earning his nursing degree, Theisen has been driven to improve care experiences for seniors and their families by providing holistic, person-centered services through coordinated efforts from all care partners. He is the founder and CEO of Lifesprk, a Twin Cities-based company that provides short- and long-term care services that address all areas of well-being for the aging to give them the quality of life that puts a “spark in their eyes.”

Lindsey Giese ’07, Conservatory for the Performing Arts: An arts administration and music theatre double major, Giese toured the world for five years as a cruise ship singer as well as performing on regional stages and touring as a performer in “Sweet Dreams and Honky Tonks.” Since 2013, she also has served as executive director of River Arts Inc., a Prairie du Sac-based multifaceted arts, theatre, and outreach organization that serves Sauk County, and she devotes many hours to civic improvement work in her hometown.

Ryan Rieber ’01, ’06, School of Education: Rieber was the first in his family to graduate from college when he earned his bachelor’s degree in education (with mathematics minor), and after starting a teaching career he came back to Viterbo for a master’s degree. He’s since served as principal for eight years in two schools and since 2020 has served as superintendent of the West Salem School District. He also serves on the board of directors of the Boys & Girls Clubs of Greater La Crosse.

Those honored with the Rising Professional Award include the following:

Emily Schmidt ’13, College of Nursing and Health: Since graduating from Viterbo with a bachelor’s degree in nutrition and dietetics (and a psychology minor), Emily Schmidt has worked for Mayo Clinic Health System, for the past 2.5 years as lead dietitian for Mayo clinics in Austin, Owatonna, and Albert Lea, Minn., where she lives. A mother of two, Schmidt earned a master’s degree in nutrition from Central Michigan University in 2019, while balancing work, family life, and teaching at Viterbo as an adjunct instructor.

Avery Boettcher ’15, Conservatory for the Performing Arts: After earning her music degree at Viterbo and a master’s degree from Indiana University, Boettcher is off to a noteworthy start in the opera world, a versatile and captivating performer whose soprano voice has been described as “lustrous and opulent.” She has been a featured soloist at the Aspen Music Festival and has performed with opera companies in Michigan, New Hampshire, and Missouri. Her talents have been recognized in numerous national and international competitions.

Aquinas presenting The Sound of Music

Construction to begin on new addition to Trane Park