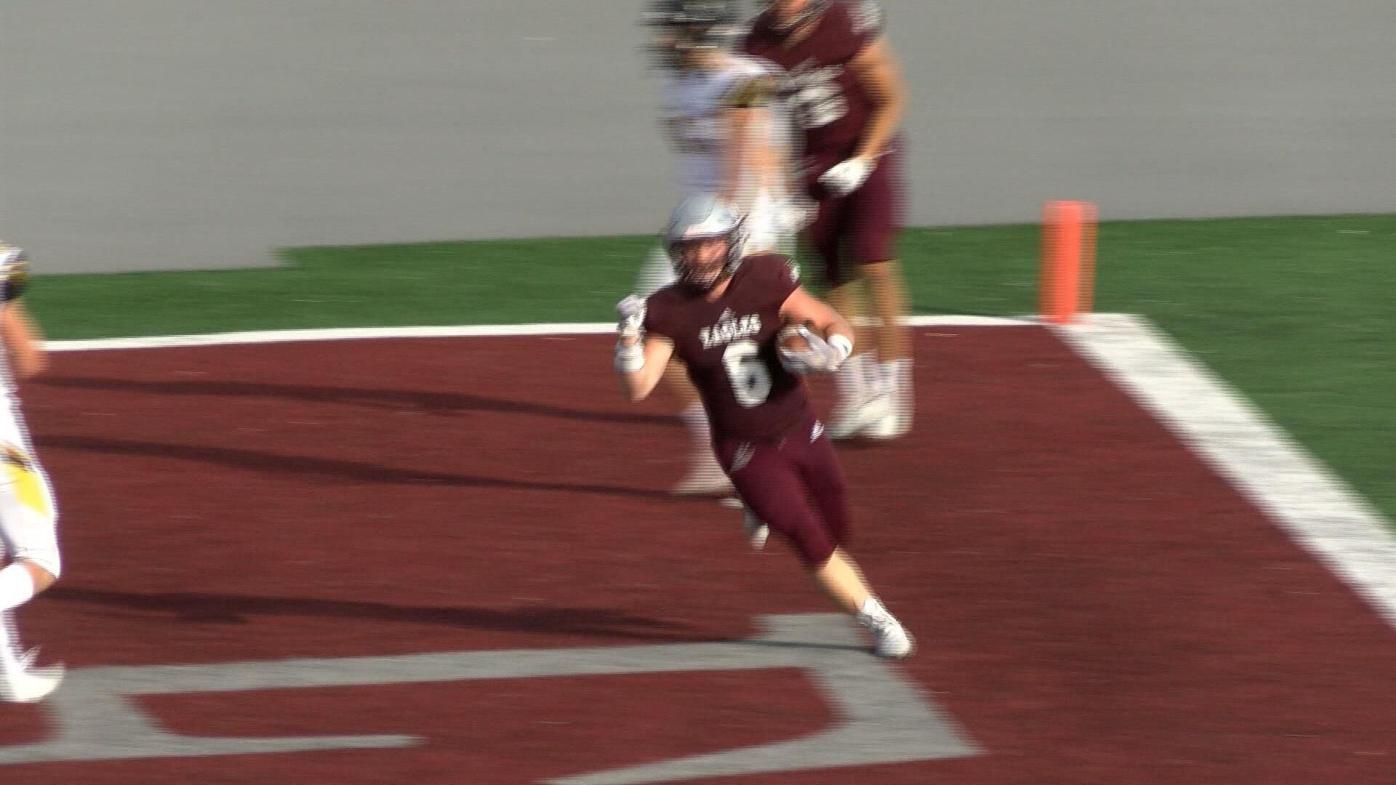 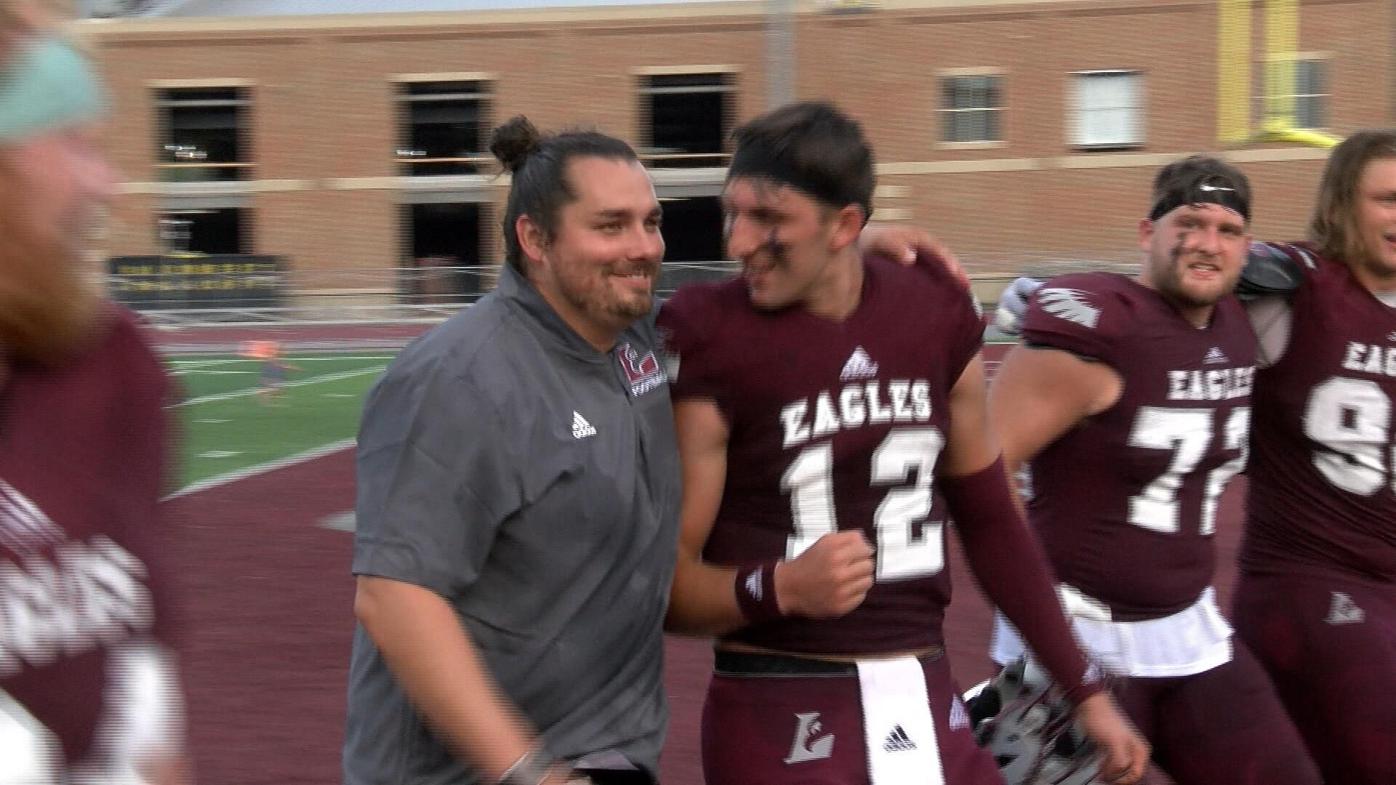 LA CROSSE, Wisc. (WXOW) - The Eagles and Titans were both looking to start conference play 2-0 when they matched up Saturday afternoon at Parent's Weekend.

After each team scores a TD on their opening possession, it was clear that defense was going to be an important part of the game.

The teams held strong until the second quarter, when the Titans would score twice more. Oshkosh would take that 21-7 lead into halftime.

Eagles needed to make up ground in the second half, and they do just that. Joey Stutzman taking the handoff and making it a 21-14 game.

Jakob Parks showed that he could get it done in the air as well, finding Jake Simuncak for the 21 yard gain. Brad Tobin would take a handoff on the next play and run it in for the score. A blocked PAT leaves the Titans with a 1 point lead, 21-20.

The Eagles defense was unbreakable in the second half. They would not allow Oshkosh to score, and came up with a huge 4th down stop late in the game.

Following an Eagles field goal, they have the opportunity to seal the game away with less than 2 minutes. Joey Stutzman takes the handoff and fights through the defense for his 3rd rushing score of the day.

Stutzman had a career day on Saturday, but knows it was his team that gave him the opportunity: "Our coaches just do a really good job in the beginning of giving us the game plan and I think we did have a really strong game plan. We did what we wanted to do, and run the ball and I think that's every week like you really wanna get your run game going."

The Eagles remain unbeaten in conference play, and they hand Oshkosh its first loss of the season: 30-21.

Head Coach Matt Janus emphasized the heart his team displayed today: "The road to a championship is filled with adversity. You have roadblocks, you're gonna get punched in the mouth. Would have been easy for those guys to quit at halftime but you know what, nobody probably would have blamed them. They stuck with the game plan, they didn't unravel and we just kept chipping away."

Jakob Parks led his team to a huge victory, but acknowledges the work put in all week: "We told them if you guys get stops we will score no matter what. They did their job, we did our job, coaches did their job. Everybody, everybody matters. The scout team gave us good looks all week. We got the win like we needed to at the end of the day."

It’s udderly ridiculous, but you’ve goat to do it

Kobe King healthy and ready to make an impact for Badgers