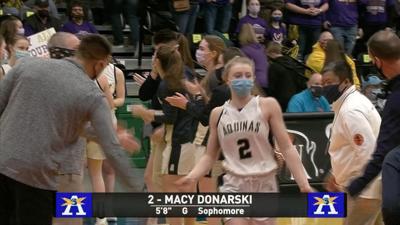 In Donarski's junior season, she led the Blugolds in points and assists as she averaged 19.7 ppg and 7.0 apg.

The Blugolds have yet to lose a conference game with Donarski on the team and was a big part of getting to two consecutive state championship games.

Donarski had ten scholarship offers but chose a Saint Louis team that finished 14-5 a season ago.

Slow second half start costs Eagles the game against Titans

Plant the plot, avoid the bait