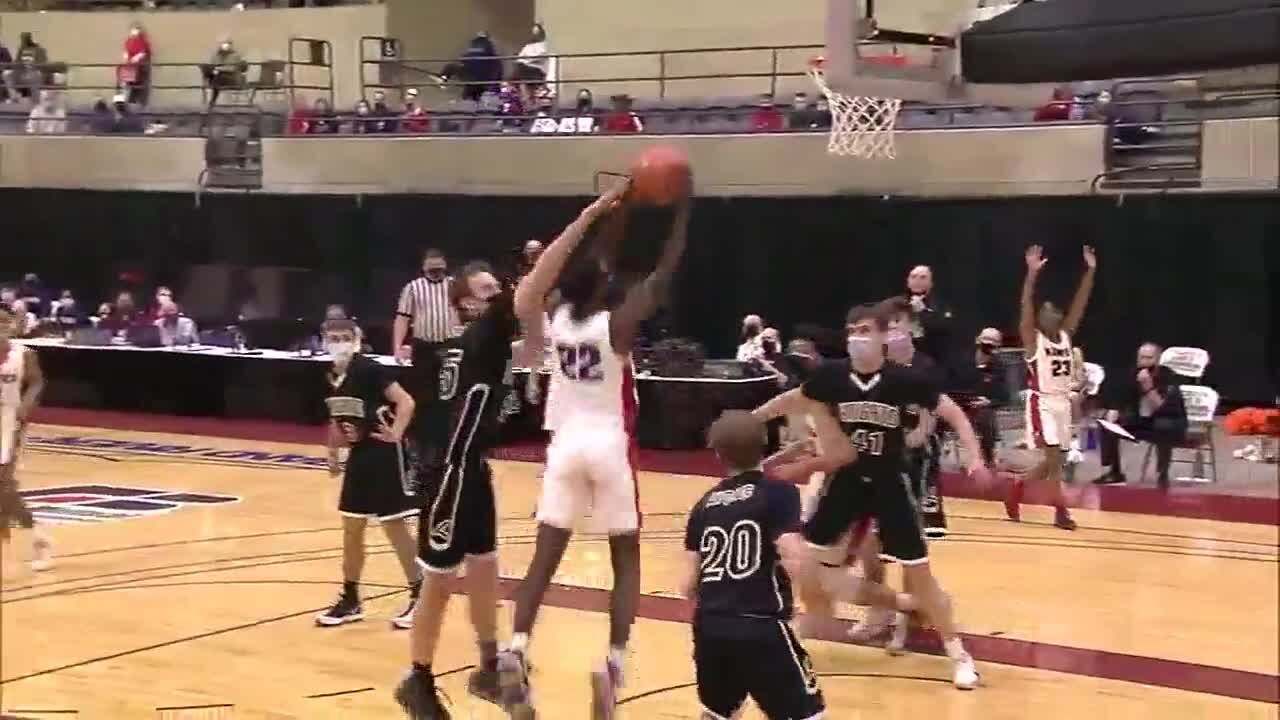 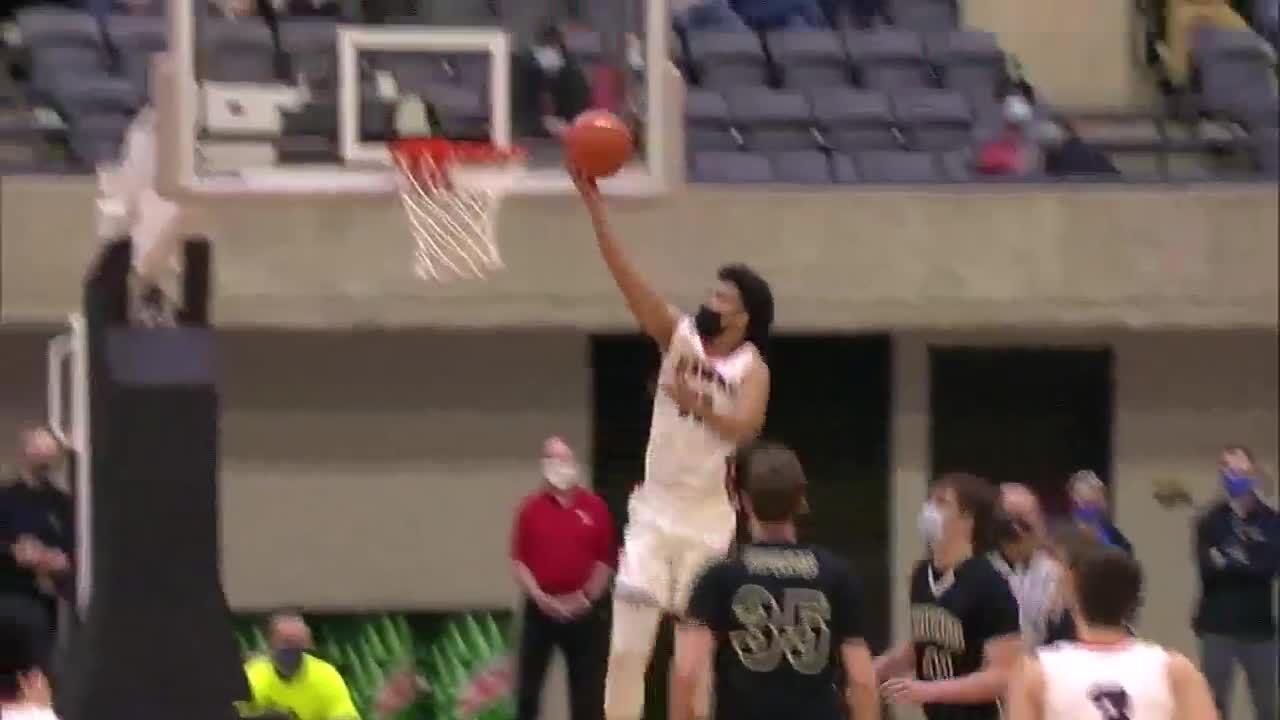 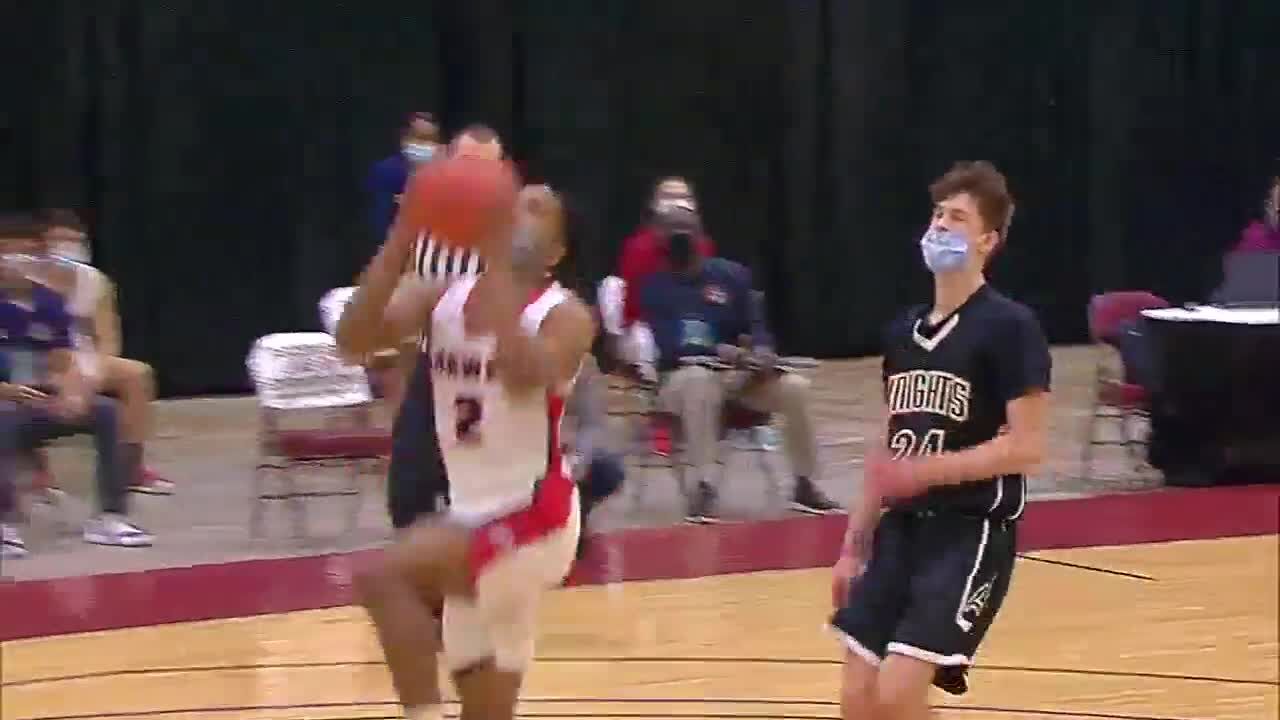 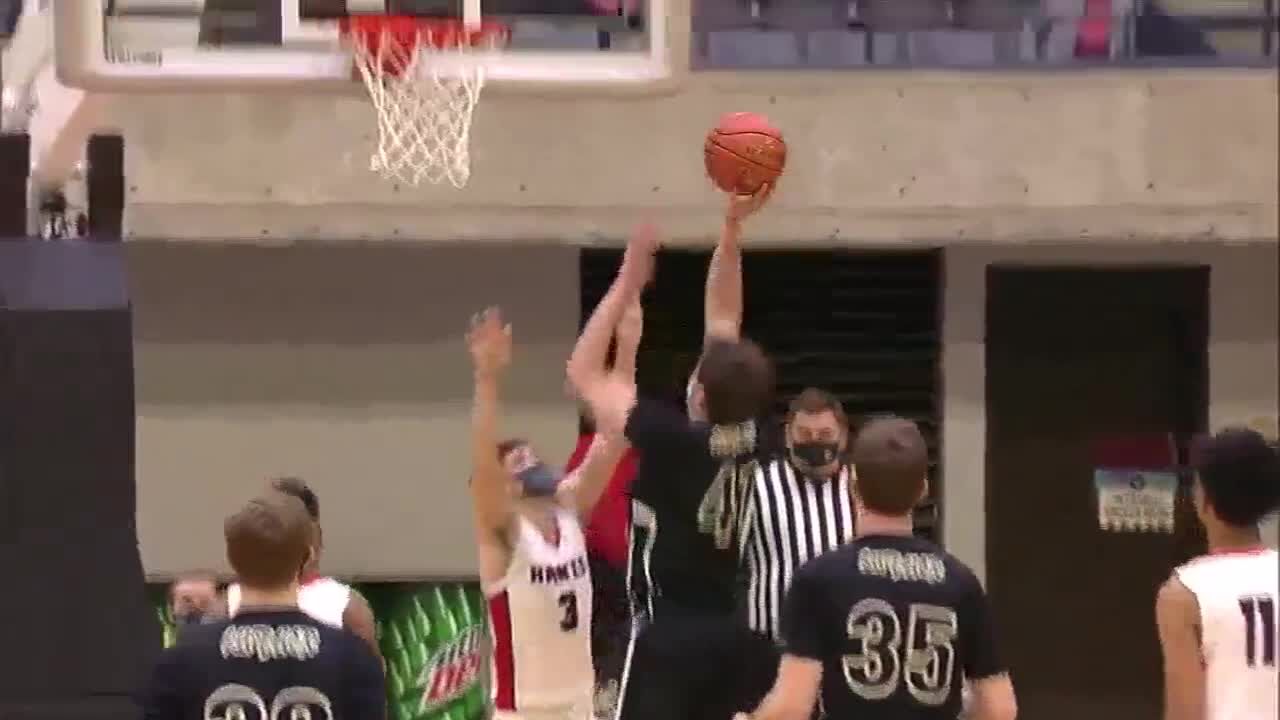 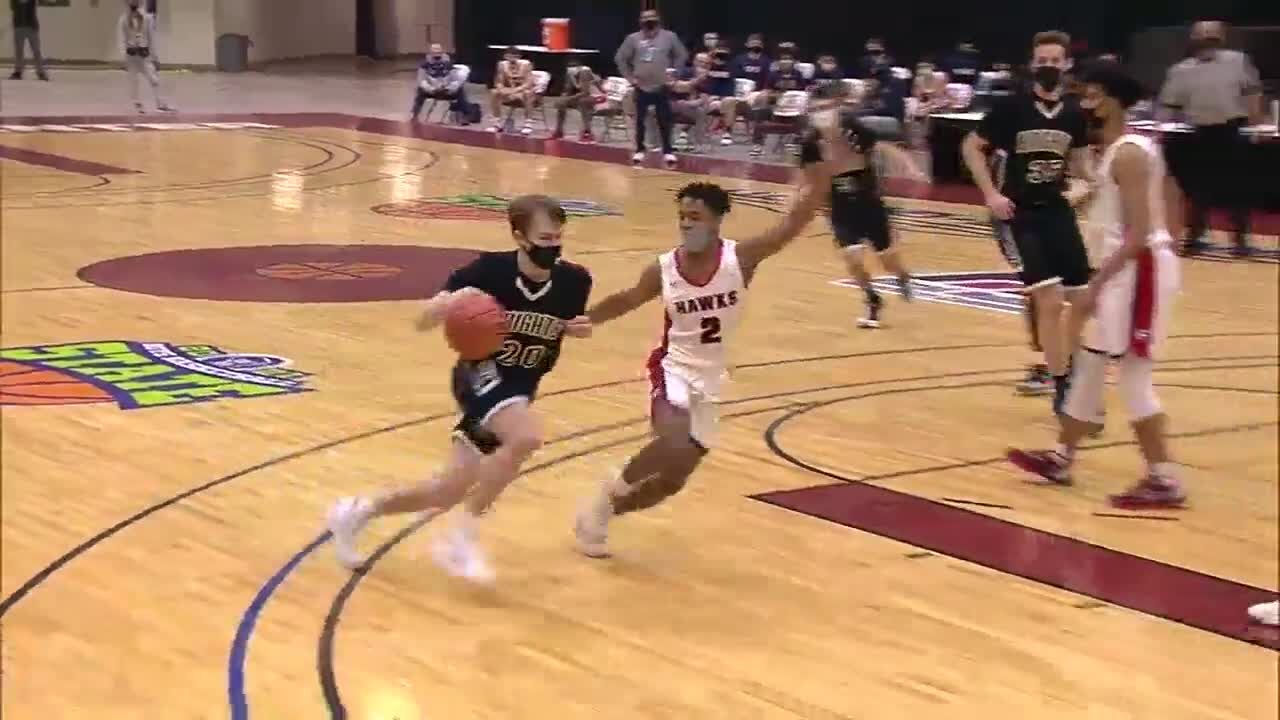 It was the first trip to the WIAA state tournament for both teams.

Isaiah Loersch and Gavin Proudfoot helped lead the Knights out to an early 4-2 lead in the first few minutes of the game.

After an 11-0 run in the final three minutes, The Prairie School led at halftime 34-22.

The Hawks took advantage of turnovers by Luther in scoring 12 of their 34 points in the half off miscues by the Knights.

Nesbitt and Asanjai Hunter continued to expand The Prairie School lead in the second half to as much as 23 with just over 7 minutes to play.

The Hawks were able to score down in the paint. In the game, they tallied 42 of their 61 points in the paint.

Turnovers continued to hurt the Knights. They had 17 during the game which led to 19 points for the Hawks.

Nesbitt and Hunter led the Hawks with 18 and 11 points, respectively. Ashe Oglesby had 11.

For Luther, the leading scorers were Gavin Proudfoot with 13 and Isaiah Schwichtenberg with 9.

The Prairie School takes on the winner of the Lourdes Academy/Edgar game in the Division 4 Championship Game tonight at 6:35 p.m.

West Salem turns out the lights on the Knights