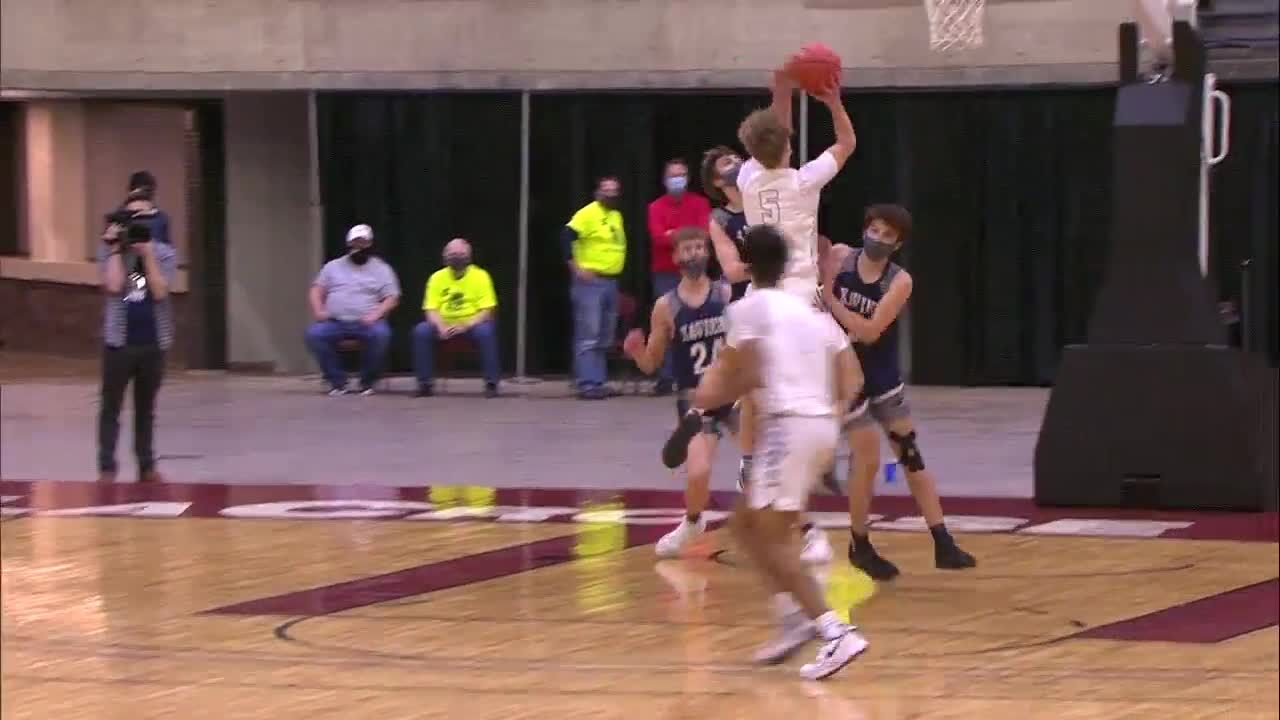 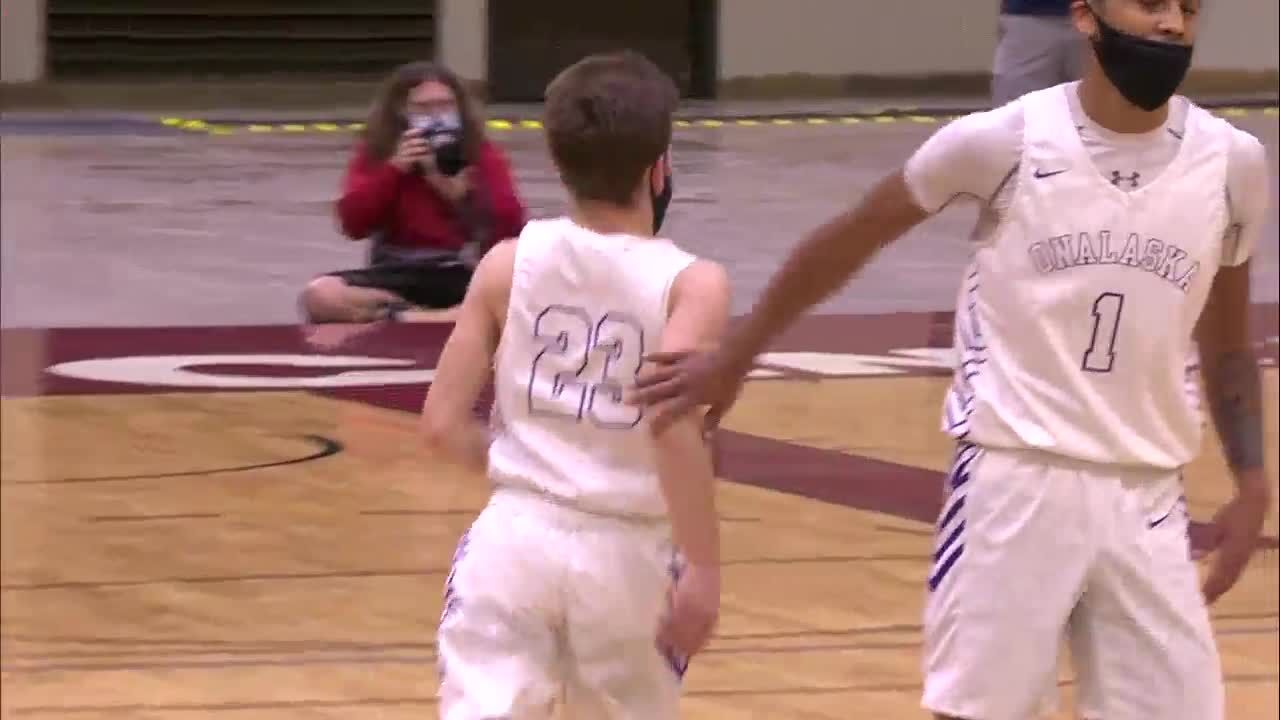 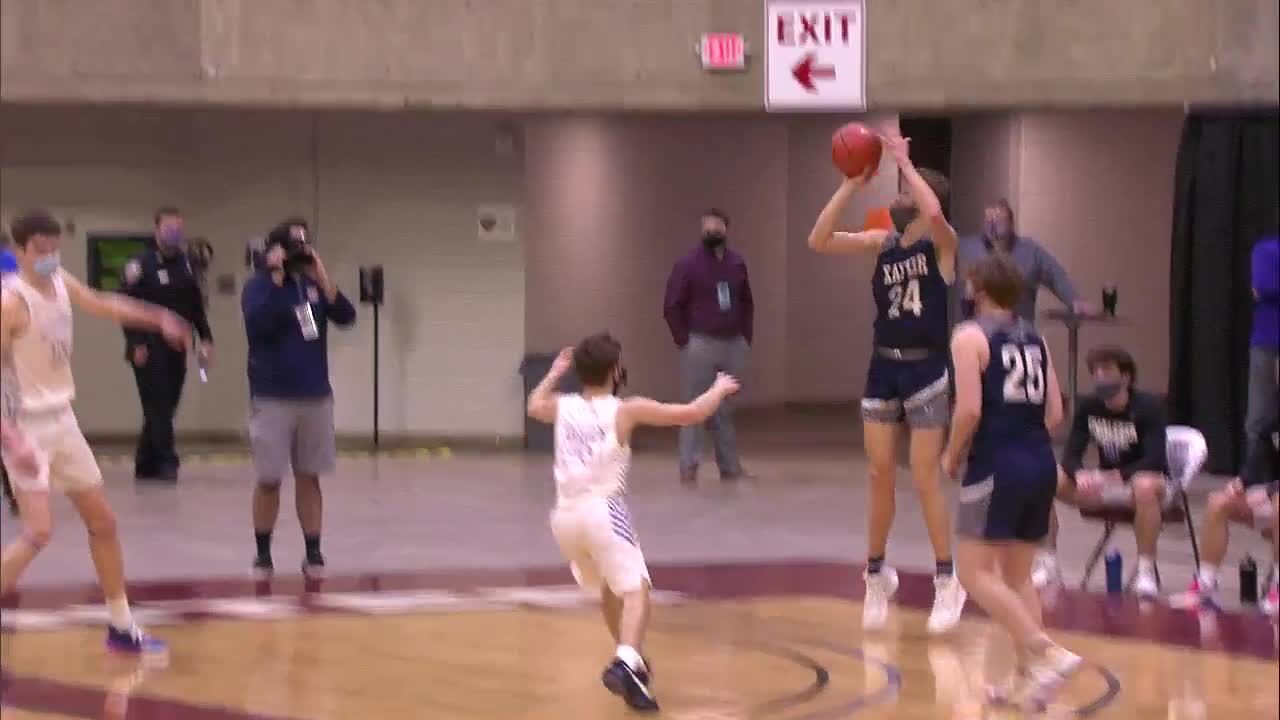 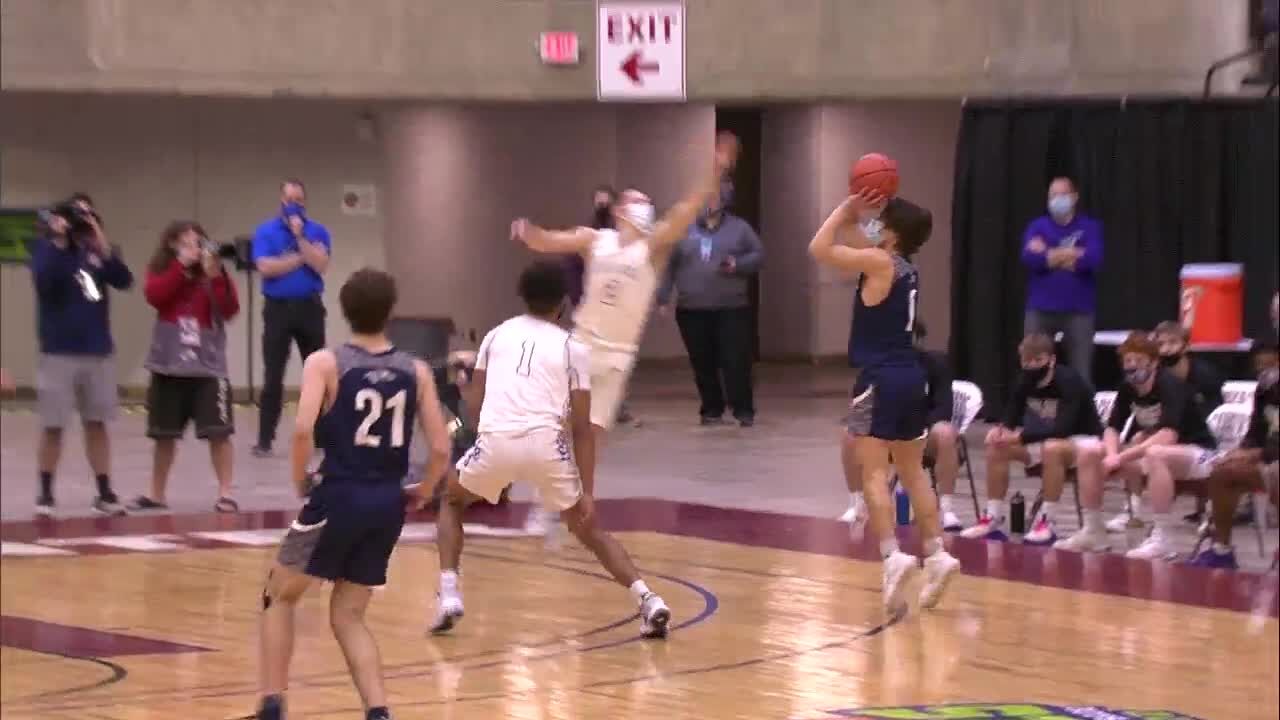 The Hilltoppers jumped out an early lead behind three pointers from Evan Gamoke and Gavin McGrath. A couple of free throws by Isaac Skemp moved Onalaska's lead to 12-3.

A scoring flurry of seven points by Charlie Pfefferle got the lead cut to 13-10. A three-pointer by Ray Zuleger tied it up at 13 with 7:57 left in the first half.

A minute later, Victor Desmond ended a several minute scoring drought for the Hilltoppers with a three to start a lead for Onalaska that kept them in front for the most of the remainder of the half. They were up 26-16 with 4:01 remaining.

Pfefferle, who had 15 first half points, and Alex Sherwood responded. Pfefferle's layup with 21 seconds left tied the game up at 29 at the break.

Xavier kept up the pressure to start the second half on a basket by Sherwood that gave the Hawks a 31-29 lead.

Desmond and McGrath came back to put the Hilltoppers on top 35-32.

The back and forth continued in the second half. Pfefferle cut the Hilltoppers lead to two with a three, then tied it at 41 with 7:57 left after hitting a couple of free throws.

Then it was Onalaska's turn for a run. Evan Gamoke hit a pair of threes from the left corner to put the Hilltoppers out in front 47-41. A McGrath jumper put the lead at 8 with 6:34 left at 49-41.

Xavier wouldn't give up. A three point play by Pfefferle and a layup by Cal Mares cut the lead to 49-46 with 4:53.

A run by Onalaska-scoring by McGrath, another three by Gamoke, and a layup by Desmond, pushed the Hilltoppers lead to 56-46 with 2:40 remaining.

Xavier wasn't able to put a run together to come back in the game.

The Hawks were led by by Charlie Pfefferle with 28 points. Sherwood added 13.

Onalaska scoring was led by McGrath with 18, Desmond at 17, and Gamoke with 13.

The Hilltoppers advance to the championship game tonight at 6:35 p.m. They'll face the winner of the Pewaukee/Lake Mills game which tips off at 12:25 pm.

Romero leads the way to an Onalaska route

Onalaska tennis ready to for trip to State