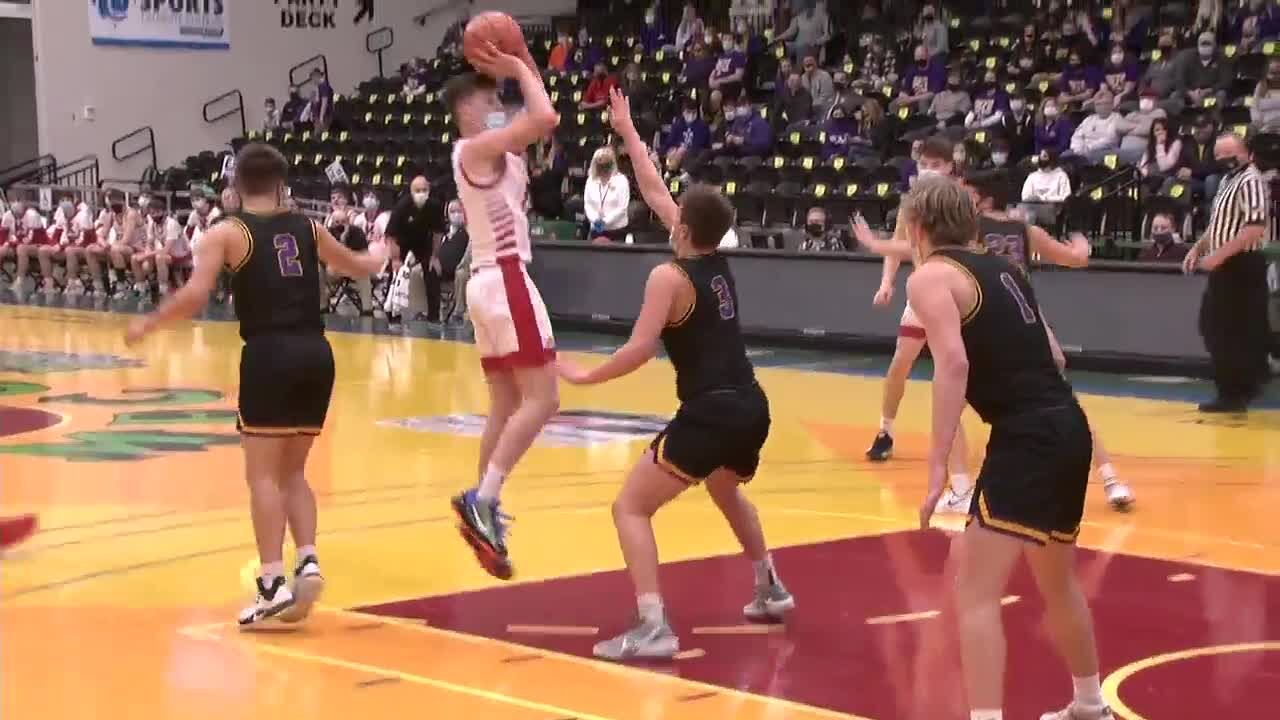 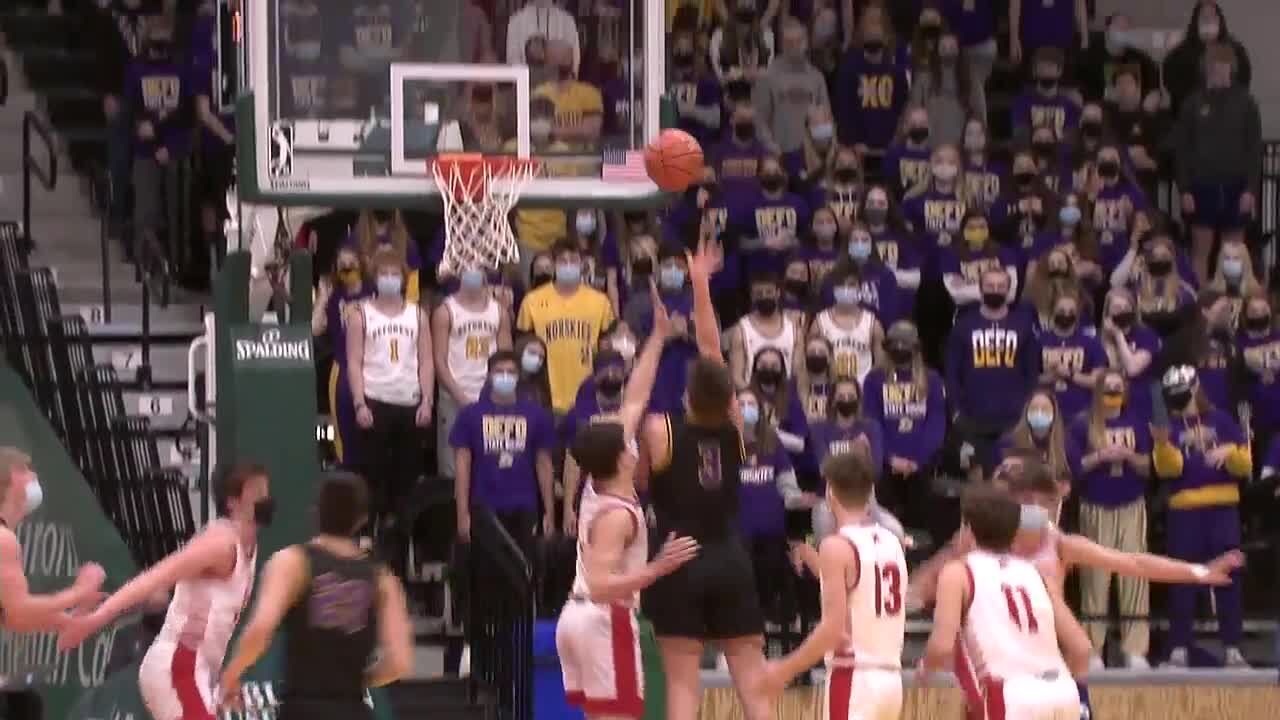 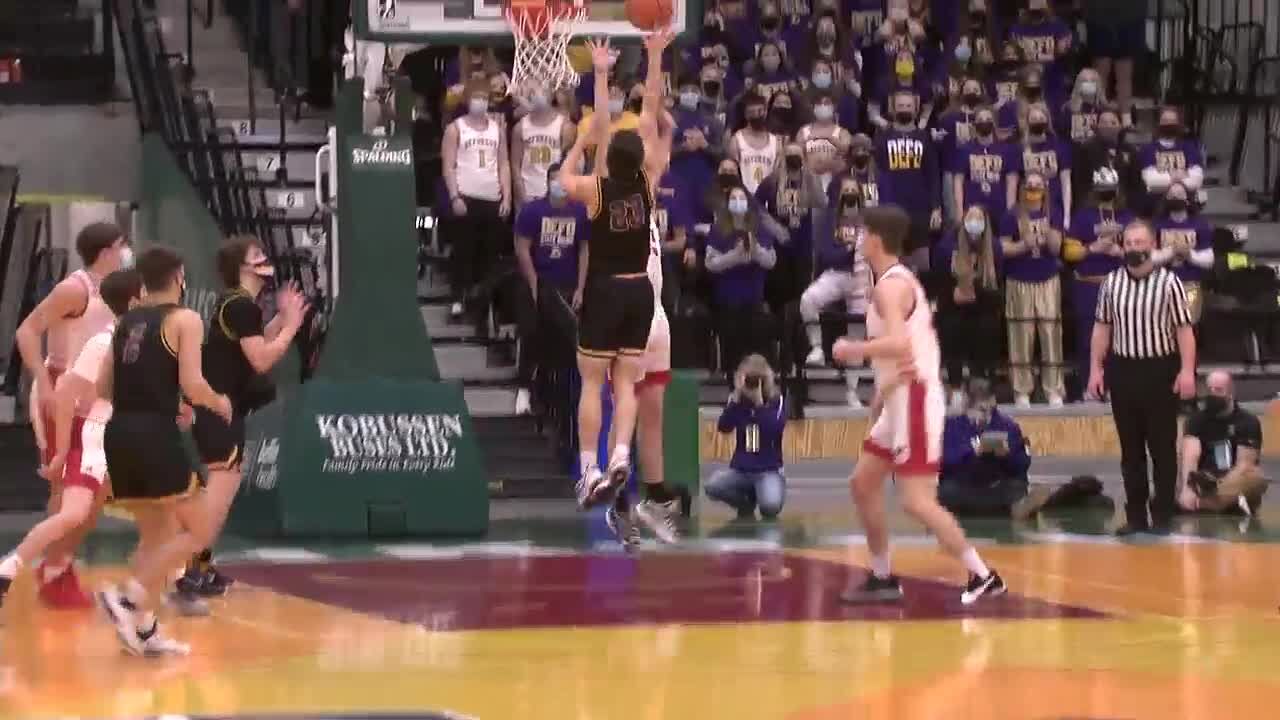 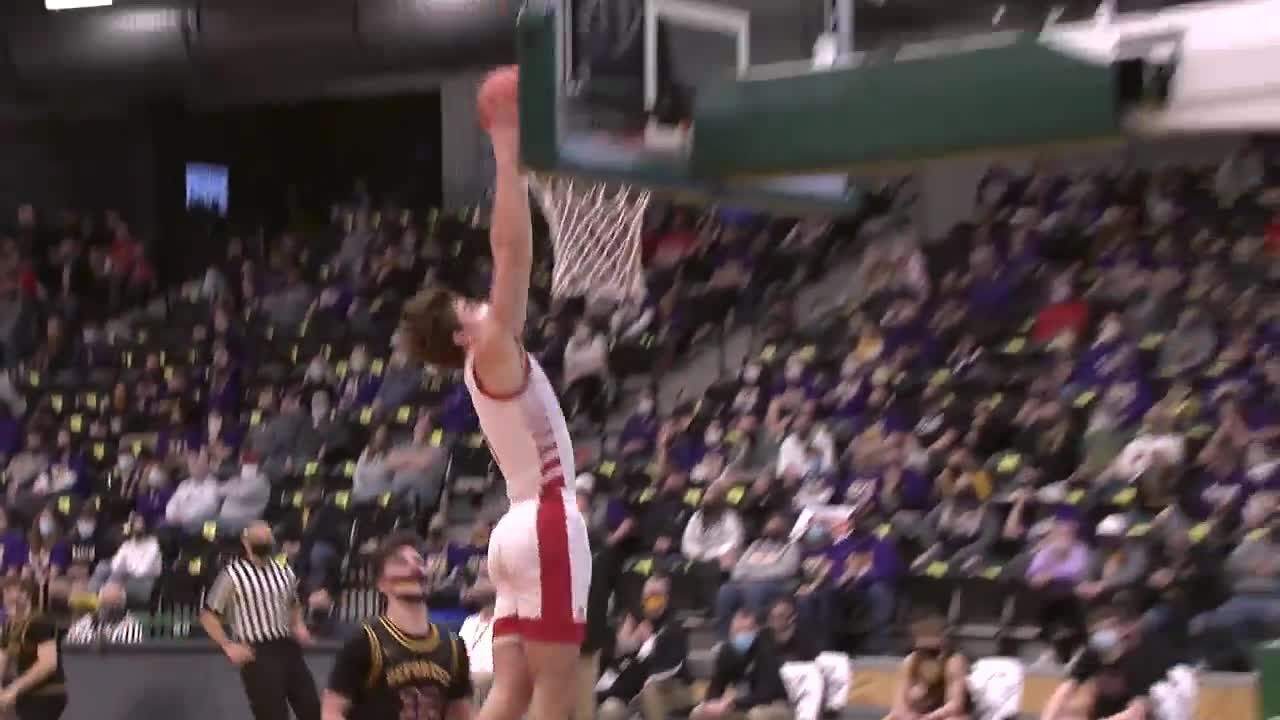 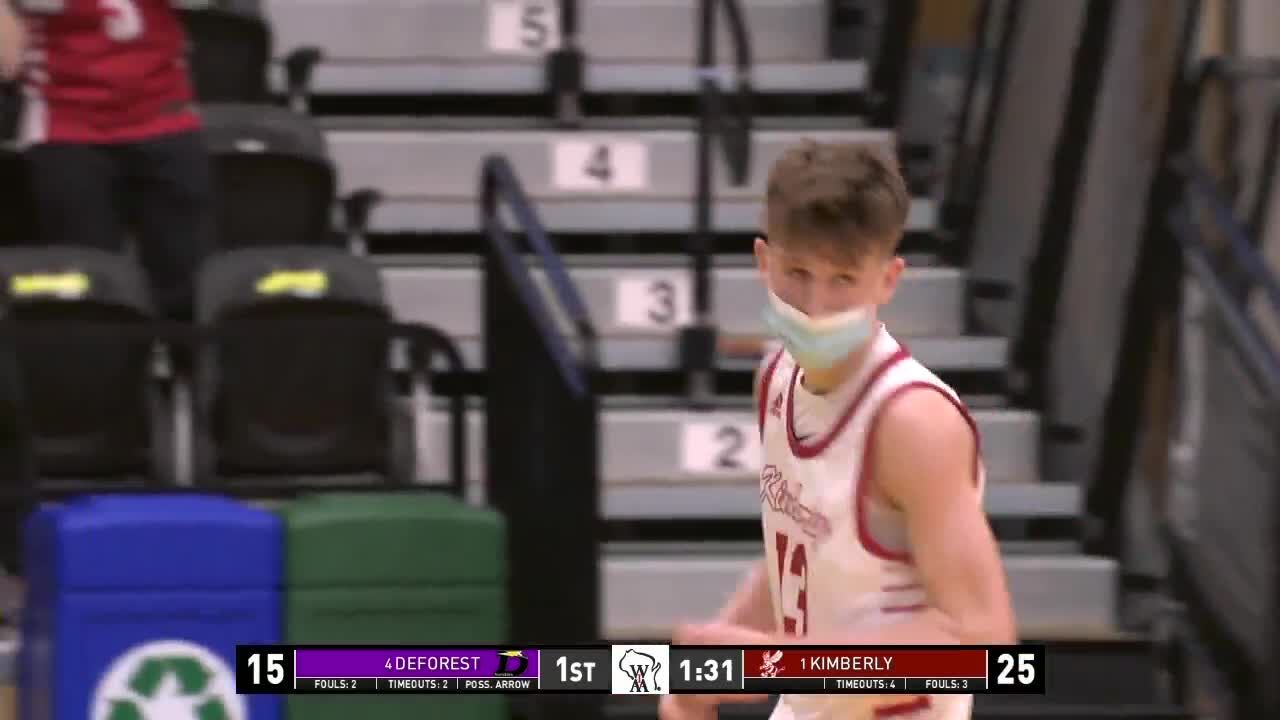 OSHKOSH, Wis. (WXOW) - Led by Jackson Paveletzke and Owen Pawlikowski, the Kimberly Papermakers moved to the Division 1 State Championship game with a 63-42 win over the Deforest Norskies Saturday morning in Oshkosh.

The pair dominated for the Papermakers. At one point with about 14:30 in the second half, they had scored 30 of Kimberly's 36 points.

Max Weisbrod led the Norskies offense to try to cut into Kimberly's lead.

Kimberly's size and speed was too much for DeForest. Grant Asman's layup with 7:44 left pushed the Papermaker's lead to 22 at 51-29.

Six points from Max Weisbrod in less than a minute trimmed the lead to 55-40 with 4:40 left. Kimberly turnovers down the stretch made the game interesting, but the Norskies couldn't get the lead down to single digits as time wound down.

For Kimberly, Paveletzke had a double-double with 28 points and 10 rebounds. Grant Asman had 15 with Owen Pawlikowski contributing 10.

DeForest was led by Max Weisbrod who had 20 in the game.

Kimberly, the number one seed, plays the winner of the Wauwatosa East/River Falls game in the championship game at 8:15 p.m.

Aquinas heads back to the state tournament, Weisbrod scores 36

Kohl Center in Madison will not host WIAA boys tournament

Westby Girls have a close matchup with Lodi