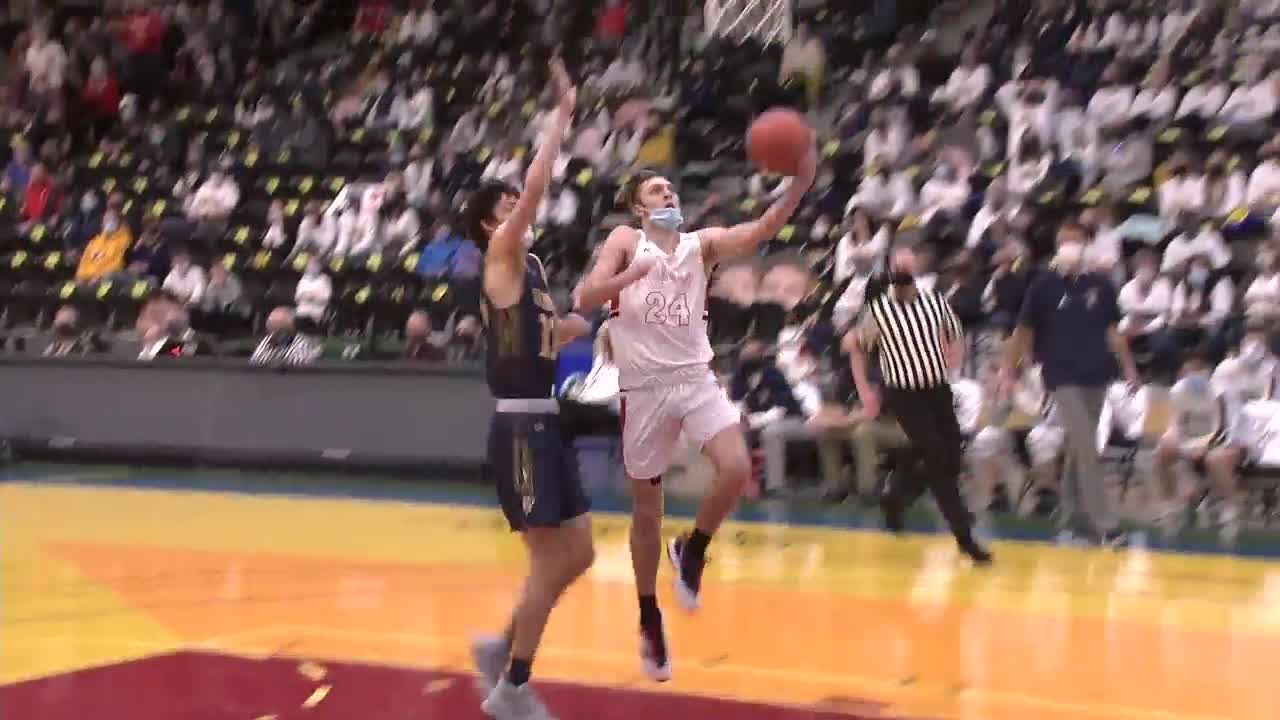 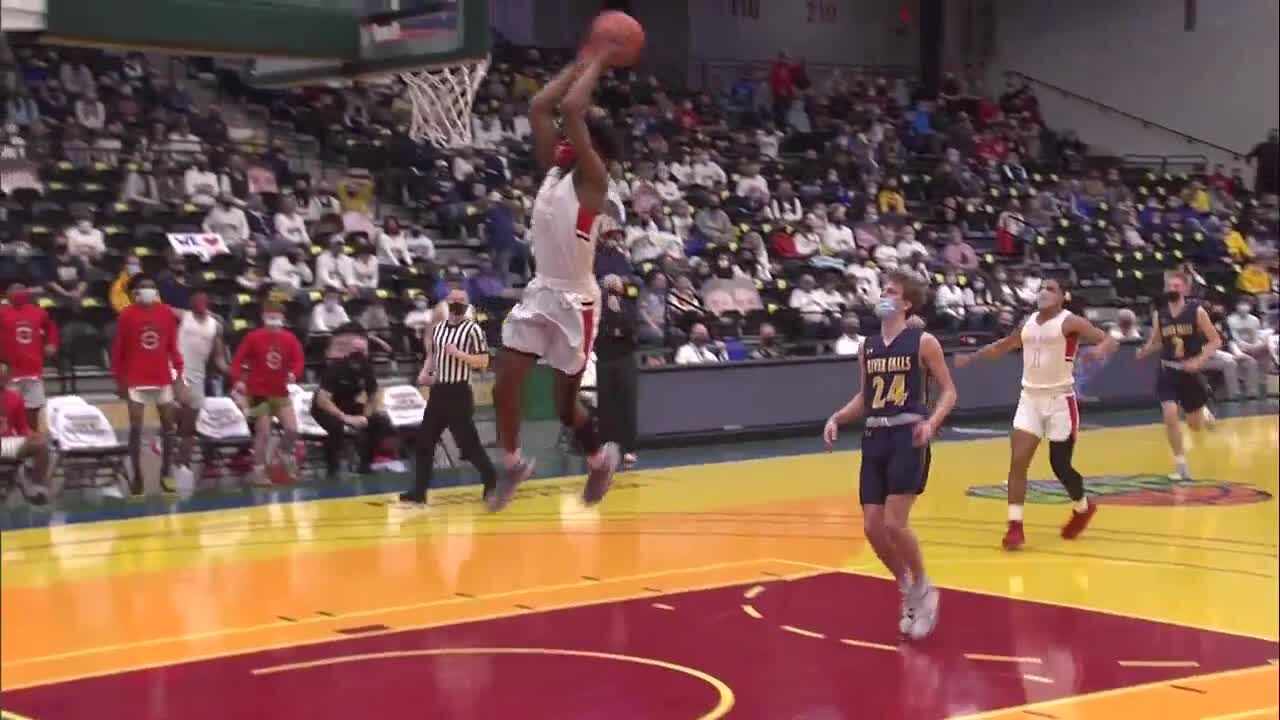 Leon Bond with the slam off a steal. 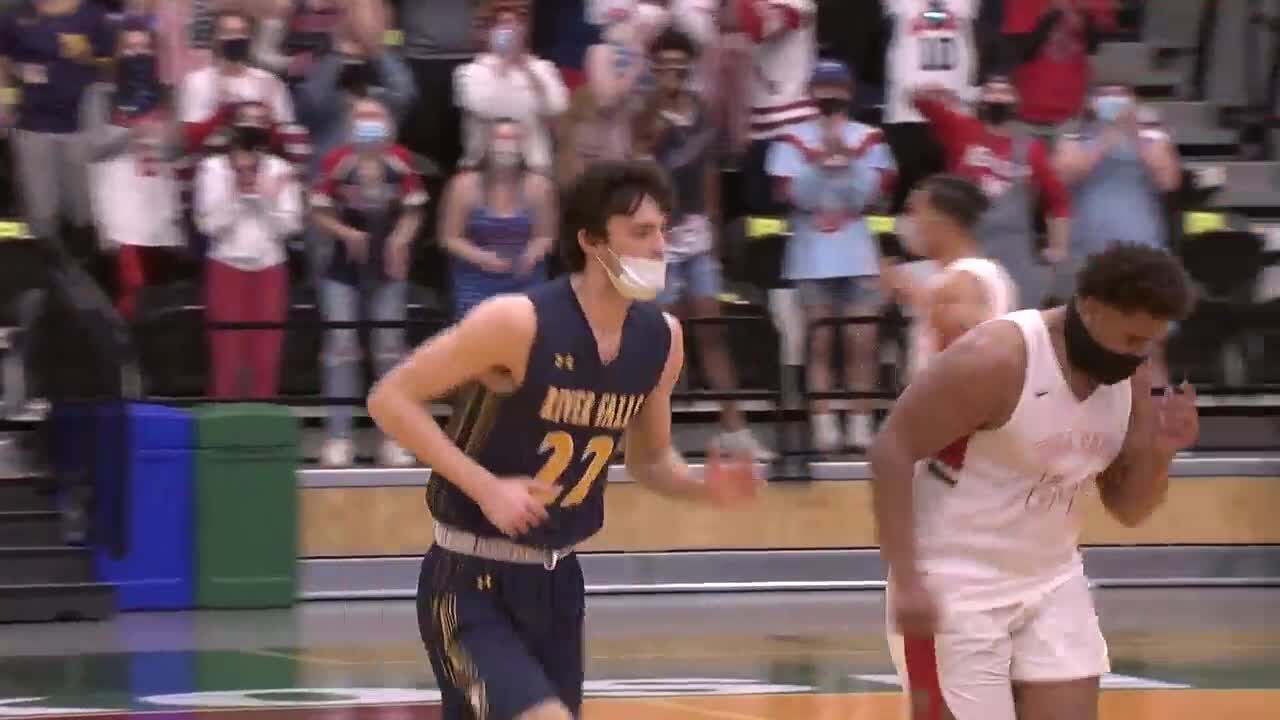 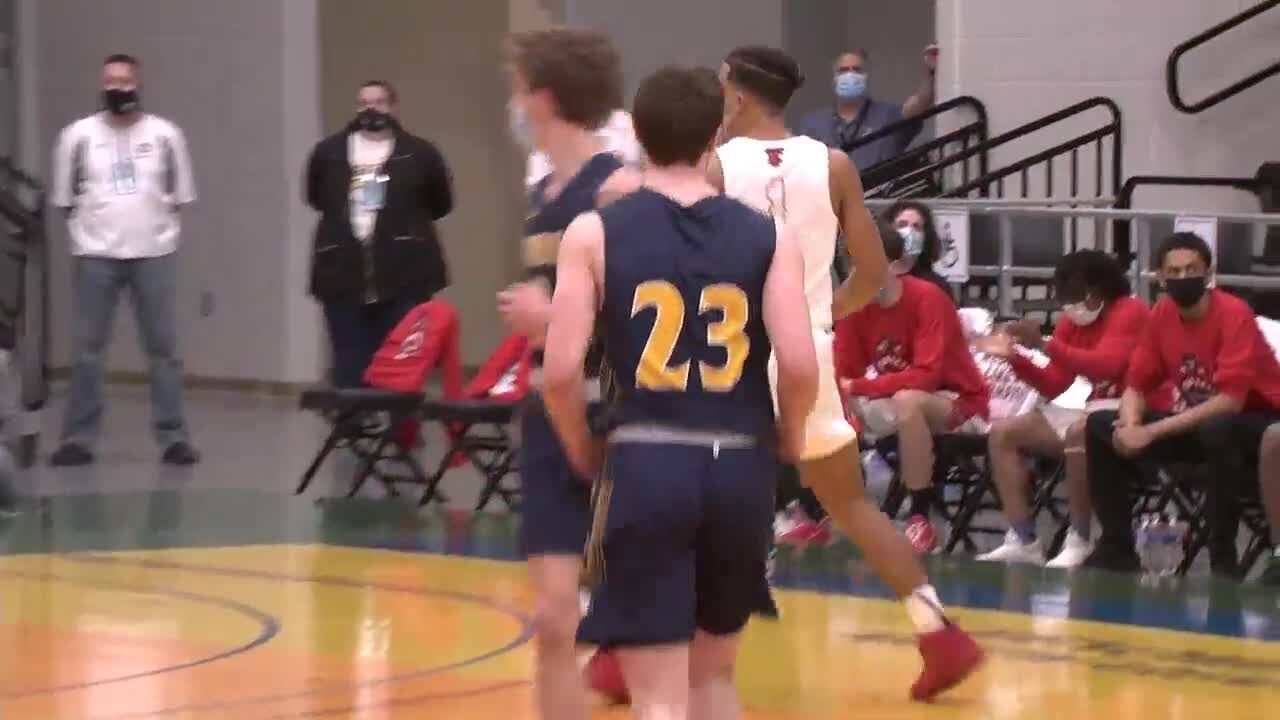 Leon Bond with the slam off a steal.

River Falls struggled early with turnovers which the Red Raiders took advantage of for a 9-0 lead.

The Wildcats didn't get their first points until the 13:14 mark when Zac Johnson hit a three.

They used the three though, to get back into the game. River Falls cut the lead to two with a JT Dougherty hoop at the 5:46 mark to 18-16. He had seven points in a two minute stretch for the Wildcats.

But Parker Thompson had a run for Wauwatosa East to put the lead back to seven at 23-16.

The Wildcats continued to shoot the three to keep the game close. JT Dougherty hit a three to take their first lead in the game at 43-42 at the 5:06 mark.

The lead bounced back and forth for the next few minutes. Dougherty dropped a three at 2:33 to end a Red Raider run and make the score 49-48.

For the Wildcats, that was where their scoring ended. Turnovers came back to haunt them in the closing seconds as they tried to get back in it. A Brian Parzych steal and basket as time expired sealed it for the Red Raiders.

For River Falls, the Wildcats were led by JT Dougherty's 25 points. He was 6-9 for three point baskets in the game. Zac Johnson contributed 13.

Luther Knights get ready for their first ever state tournament appearance