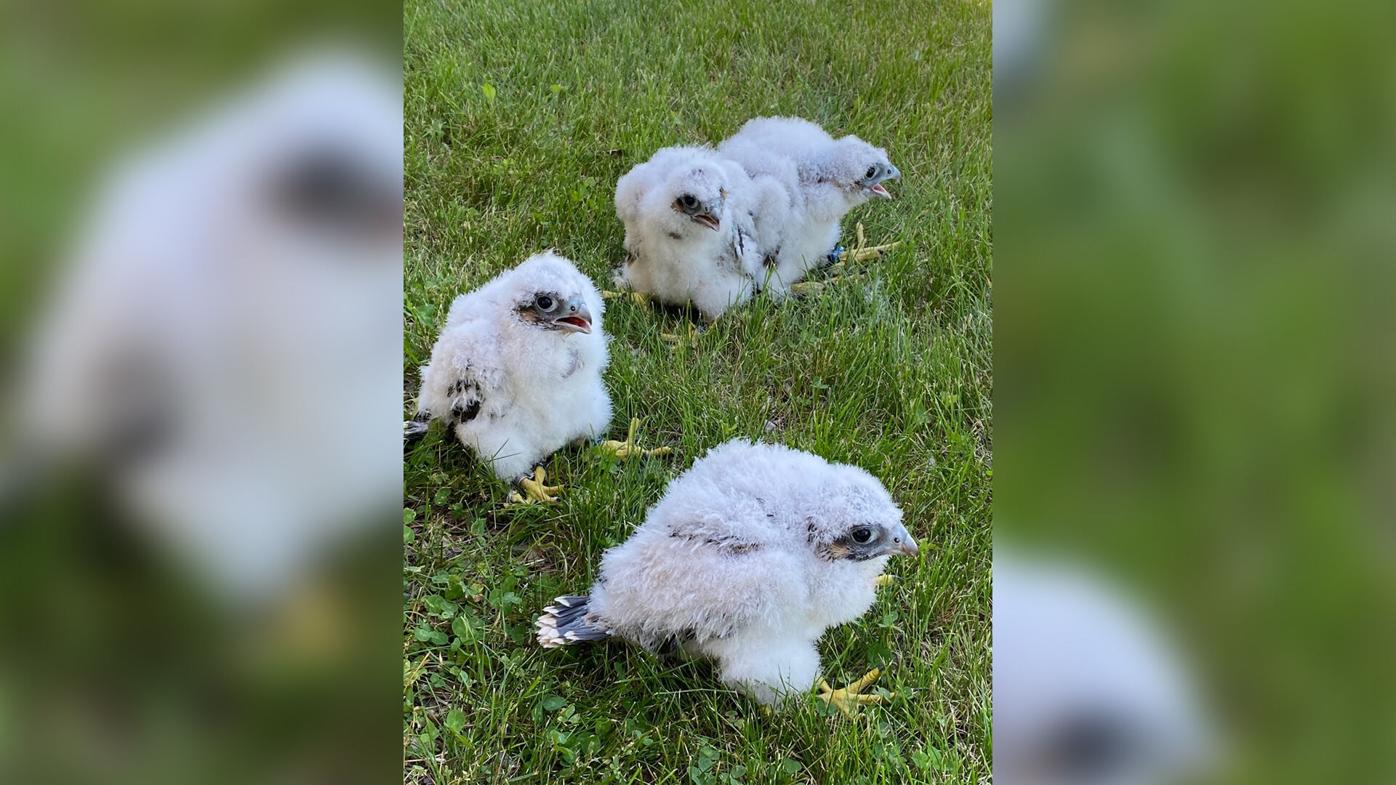 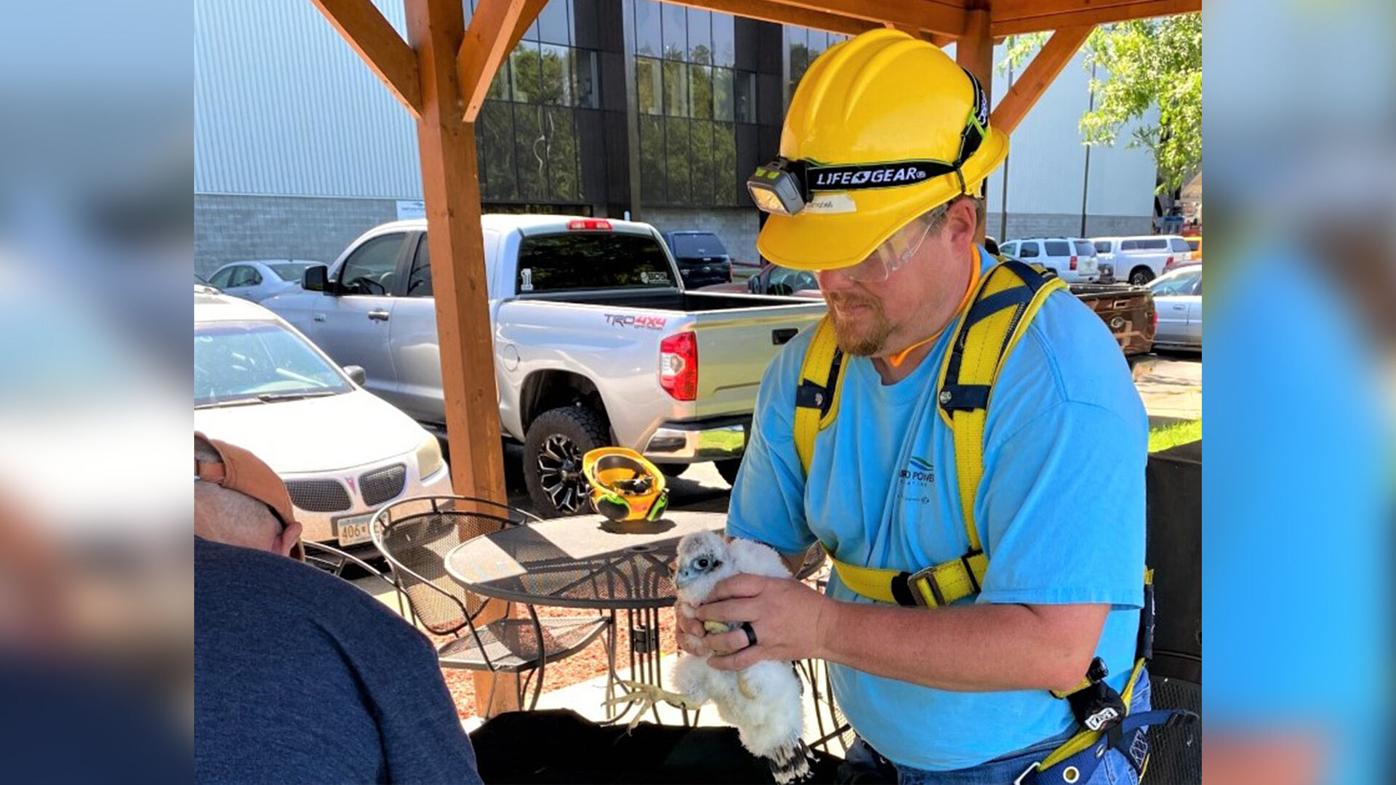 The chicks reside at Dairyland Power Cooperative's John P. Madgett Power Plant, located in Alma. According to the organization, officials have been working to help Peregrine falcons return to the Mississippi for nearly 30 years, after pesticides such as DDT put the bird on the Wisconsin Endangered and Threatened Species list in 1975.

Since its first nesting box was installed in 1997, 149 chicks have fledged from the Dairyland sites. Before taking flight from the nest, each chick is branded to help identify them once they are gone.

Officials banded the newest batch of chicks on June 4, marking each with a code and recording information, such as the bird's gender and band location, into a national database.

The organization stated the bands will help the facility continue to track and monitor the four chicks once they are no longer at the facility. Officials said the four chicks, as well as three males (Genoa, Roger, Decklin) and one female (Evelyn), are all currently in good health.

Dairyland predicts the fledging of the four chicks will most likely occur sometime in late June or early July. To stay updated on the chick's, check out the Alma power plant's real-time Bird Cam.

New launch accessible for all