The City of La Crosse runs the airport and Mayor Mitch Reynolds said the city sent the FAA a request for a waiver that would allow them to stop using fluorine firefighting foam.

The deadline for the waiver was Monday, October 4.

If there is a plane crash, firefighters must use foam that contains chemicals known to contaminate ground and drinking water.

The FAA's latest statement said alternative foams do not work as well to suppress and extinguish flames: 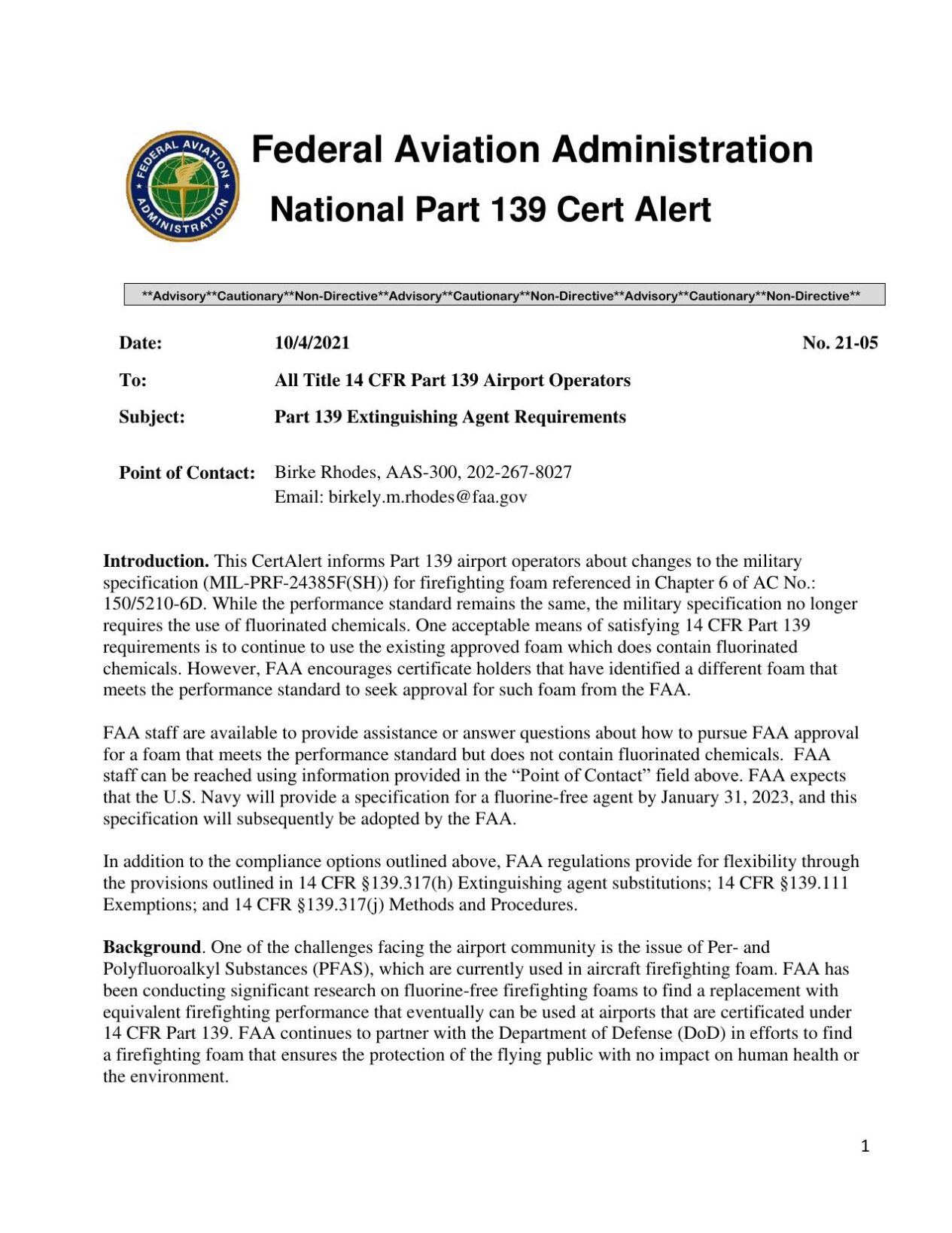 Town of Campbell Supervisor #2 Lee Donahue does not buy the excuse that the FAA cannot find alternative foams that do not contain fluorine or 'forever chemicals'. She said international airports outside of the United States already use these foams.

"They know that those foams biodegrade," she said. "They do not stay in the environment. They do not pose the risk to human health. Why in God's green earth would we not do that? It just doesn't make sense."

"It's frustrating to represent 4,000 residents and tell them," Donahue said. '''I know they had a deadline but they didn't meet it and I can't tell you if and when they will meet that deadline. If and when they will use products that are readily available, proven and tested by other countries in international airports much larger than our small municipal airport.'''

"It is what it is. We're stuck," he said. "If there were another crash of any kind at the La Crosse we would be obligated under FAA rules to use the same firefighting foam we've been using. So it'd be the same foam."

"That's the tough pill to swallow," Donahue said.  "The opportunity to be continually contaminated over and over and over again will always be there until they no longer have it, use it and they use a safe product for the firefighters as well as all of the residents that live near the airport."