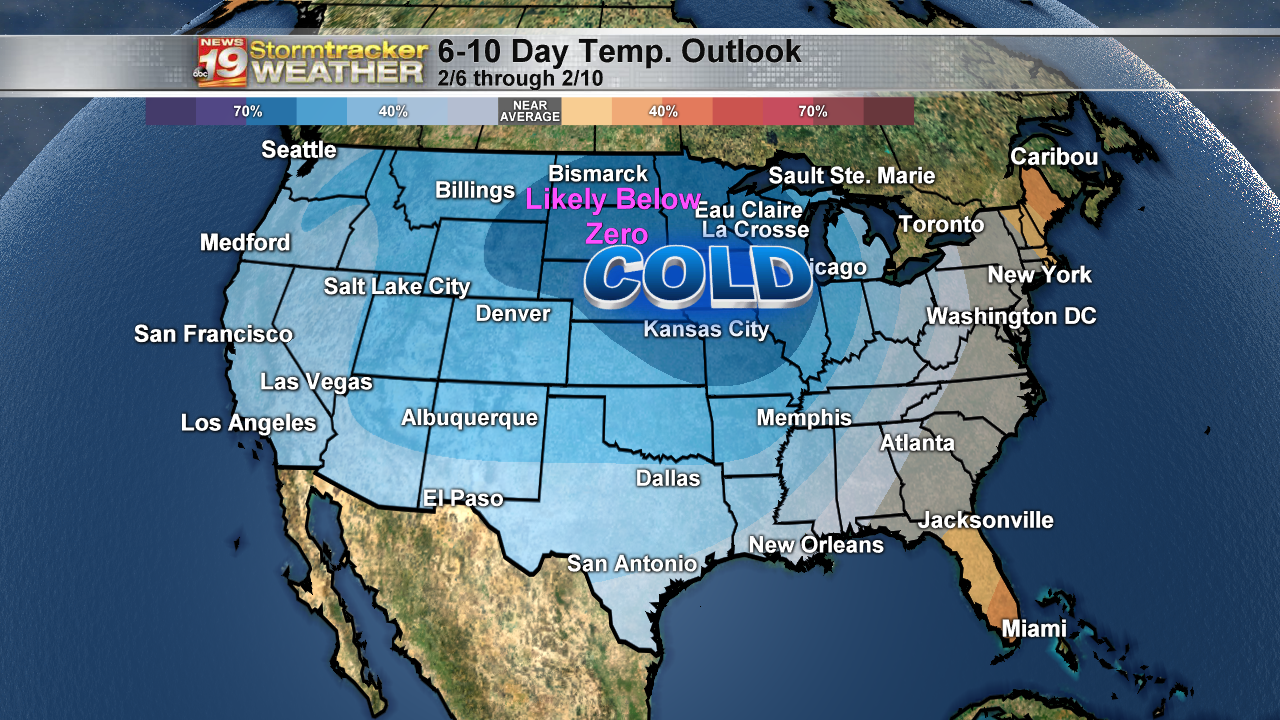 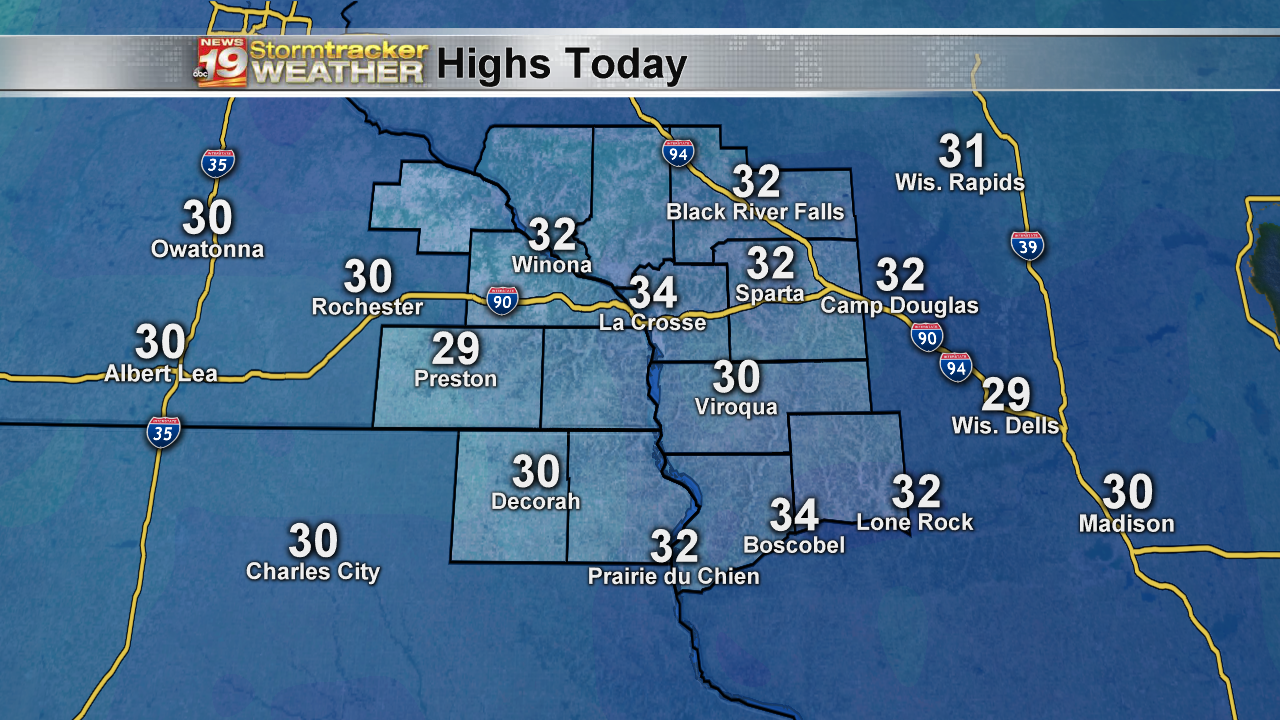 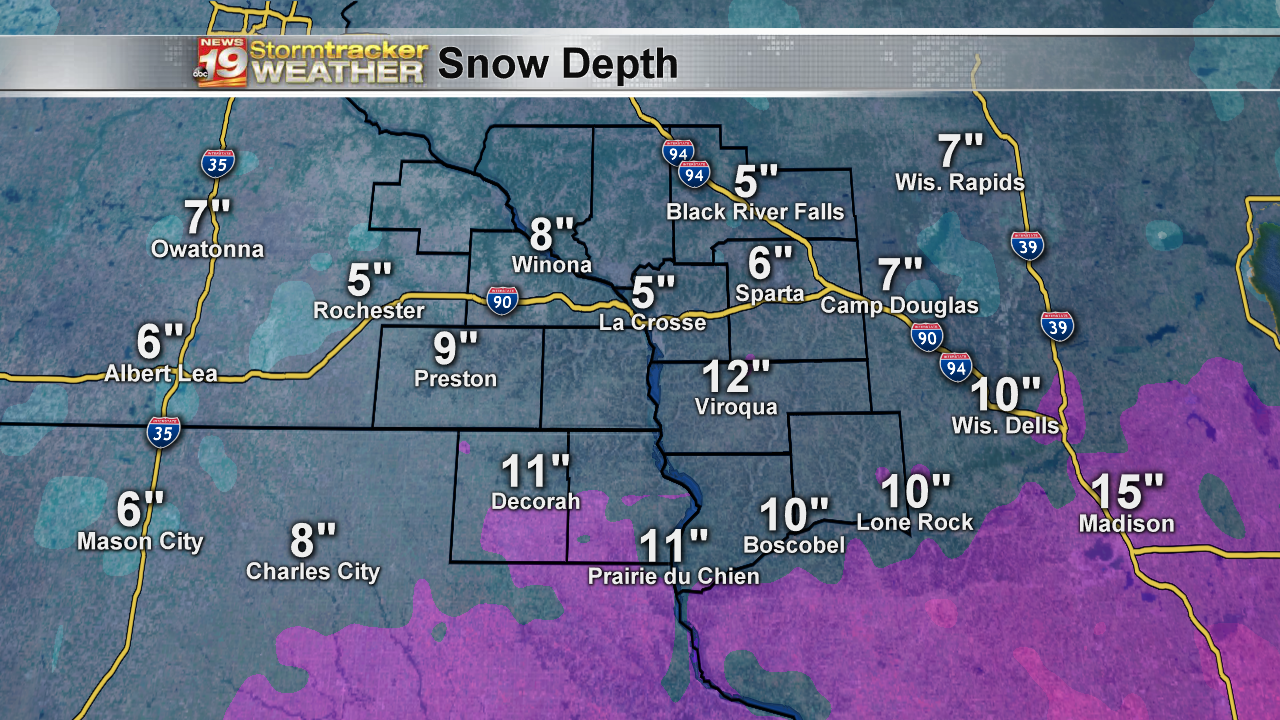 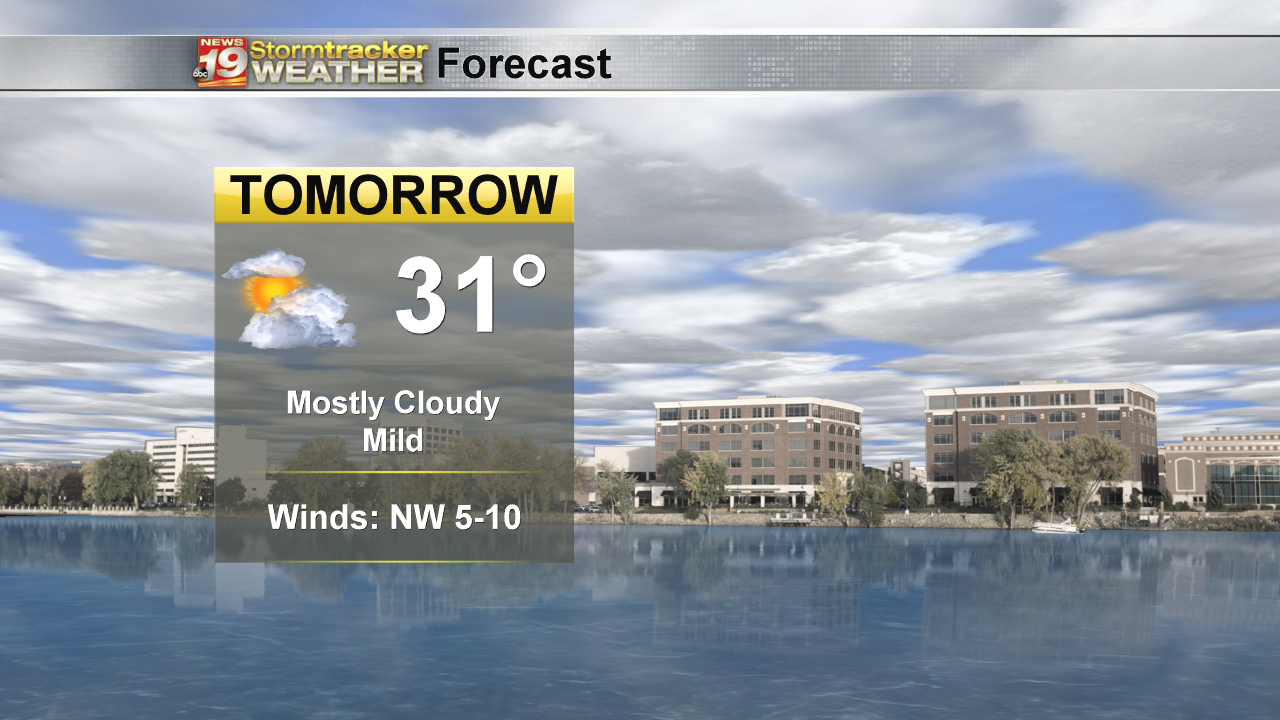 The Coulee Region found itself on the northern edge of a pretty big winter storm. That system brought widespread 1 to 5 inches of snow to our area, with the higher totals falling through Crawford and Richland counties in Wisconsin. Outside of our area, close to 10 inches fell for parts of the Milwaukee suburbs. The light snow lasted through the morning and eventually tapered off by the afternoon. Highs Sunday generally reached the low 30s.

As we head into Sunday night, clouds will continue to blanket the region. This will keep our temperatures relatively mild overnight in the mid 20s. As we head into the first half of this upcoming week, we can generally expect highs in the low to mid 30s through Wednesday. This is a relatively quiet forecast with intervals of clouds and sunshine throughout the week. Thursday I am seeing signs of a wintry mix of precipitation but details still need to be ironed out.

After Thursday we are likely going to see frigid temperatures surge into the region. We're talking highs in the single digits and lows below zero for next weekend. This trend of colder than average temperatures looks to stick around into next week as well.

We will talk more details tonight on WXOW!

Welcome to the coldest months of the year; Meteorological Winter begins!

Chilly for another day

Packing on the layers for the Christmas holiday

Calming, clearing and cooling through the end of the week